The nominations for the Zuiderkerk prize 2019 are known. Three projects are eligible for the prize, the municipality of Amsterdam has announced.

The Zuiderkerk Prize is an initiative of the Municipality of Amsterdam and one of the longest existing prices for housing in the Netherlands. The prize is awarded every year to the most exceptional and sustainable housing project that has been delivered within the municipal boundaries of Amsterdam. The prize is intended for both the client and the architect and consists of a specially crafted work of art. Visual artist Eva Crebolder has created a work for the 22nd edition of the prize.

CPO Science Park
The CPO Science Park, a striking residential building on Carolina MacGillavrylaan in East Amsterdam, is one of three Amsterdam buildings competing for the Zuiderkerk prize 2019.  Atelier van Wengerden designed the building, which consists of sixteen apartments, and also designed the interior of six of them . The collective project, for different people in different phases of life, shows that living at the Science Park is also pleasant.

Pieters has provided structural advice for this project from secondary education up to and including construction supervision. We are extremely proud of this nomination 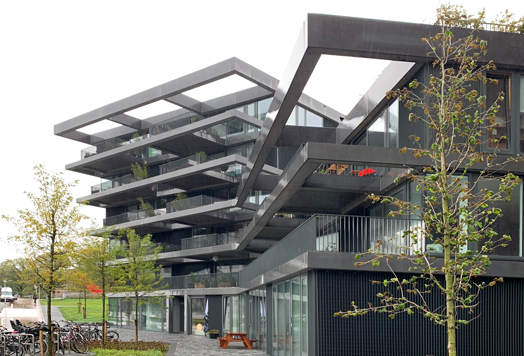