De Lieven de Key Penning is celebrating its tenth edition this year. This medal is named after the first city architect in Haarlem, Lieven De Key, and is awarded annually by the municipality of Haarlem to a person or organization who has made himself worthy in the field of monument conservation, architecture or urban design. Each year one of these three topics is discussed, in 2018 it will be monumental buildings in Haarlem that have been restored in the past three years. There are ten nominees.

Pieters has been a structural engineer of various projects.

Hudon's Bay Haarlem
In the inner city of Haarlem, the iconic former V & D building underwent a drastic metamorphosis. The former Vroom & Dreesman building has been renovated to create a contemporary attractive Hudson's Bay. The new department store will be large, 17,000 square meters. In the 6-storey building you will soon find the latest fashion for everyone, beauty and home collections.

Mons Aurea
Mons Aurea (Golden Mountain) was built in 1960 as a Roman Catholic industrial and domestic school, after a design by Jan van der Laan's architects, which also designed the former Maria Foundation and the former C & A branch in Haarlem. In 2004 the ROC Nova College took the complex into use as training for hairdressers, external care, dance, theater and ICT. The complex had lost much of its luster, but the structure and spatial qualities remained unmistakable. Mons Aurea has been classified by the Rijksdienst voor de Monumentenzorg (now RCE) as one of the most important young national monuments ("Kanjers") of the period 1958-1965.

The objective of the transformation was to use the design and the specific qualities of the buildings in the design, but to realize modern apartments in it. That transformation has been seized to restore the complex. There are 23 very different houses and apartments realized, where the structure of the complex and the existing qualities were the starting point. Exterior spaces in the form of gardens, loggias and roof terraces have been added. That had great constructive consequences, for which Pieters Bouwtechniek was involved.

Haarlemmerhout Theater
The church building opposite the football fields of HFC, better known as chapel Nieuw Vredenhof, will function as a new cultural building in Haarlem.

The monument renamed to Haarlemmerhout Theater retains its original appearance, but is currently being thoroughly addressed from within. The theater will mainly accommodate amateur clubs for rehearsals and performances, but in the future there will also be small cabaret shows.

Chapel Nieuw Vredenhof served for years as a meeting place for the Protestant Church in Heemstede. On 30 August 2009, however, the last service was held here, because the church as a third building of the ecclesiastical congregation pressed heavily on the budget.

After some disputes about a monumental status of the chapel, it was decided to protect the building 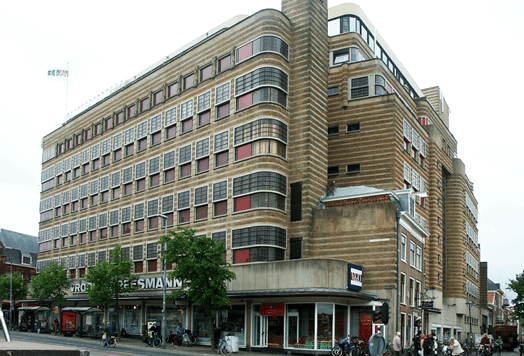