The construction of the 110 meter high residential tower CasaNova in the Wijnhaven of Rotterdam is progressing. The first facade elements on the 9th floor have been placed. Prefab concrete elements are installed including frames and glass. An auxiliary construction has been included for this, which is (partly) also part of the final anchorage to the floors. This makes it possible to place the elements directly without having to remove auxiliary devices first.

CasaNova  will be a residential tower in a special triangular shape. Where the tower meets the plinth, the volume rejuvenates over four layers. The triangular residential tower will be built on top of a five-storey substructure with parking garage, housing, commercial functions and offices. The roof of the substructure offers space for a shared roof garden for the houses of this tower and associated offices.

The tower is constructed from a concrete stability core that extends over the entire height. From the core, an oblique concrete load-bearing facade is created from the 4th floor, which runs straight up from the 9th floor. At the transition from straight to sloping facade, forces are created that are anchored in the 9th floor with a steel ring and additional reinforcement in the 9th floor.

Pieters  visualized the placement of the sloping facade elements of the transitional construction in the video below. 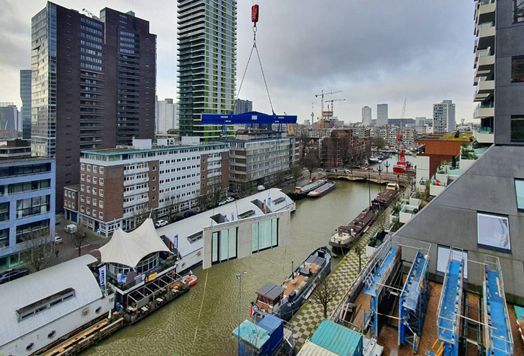 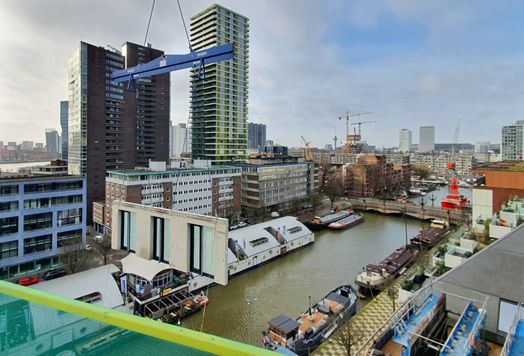 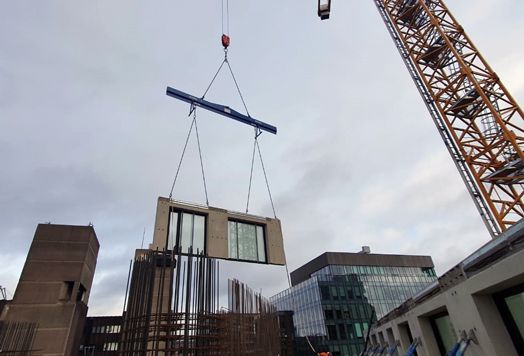 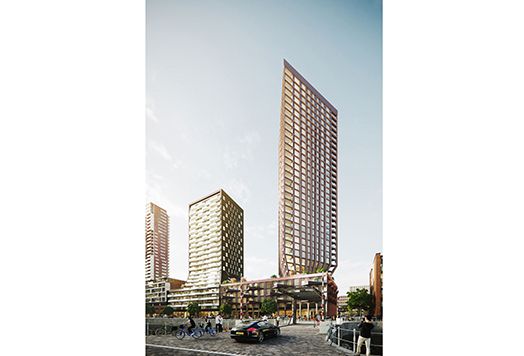