AWT-4 has been put into service

The first ship has entered the All Weather Terminal 4 in Amsterdam. This honor was awarded to the Wilson Nantes, a 123-meter-long ship. The ship arrived empty and will be charged on August 15, 2017 and after that the ship will sail out. This day, for the first time, the overhead crane is tested with load.

We can already say that mooring went well, so the All Weather Terminal has been put into service. 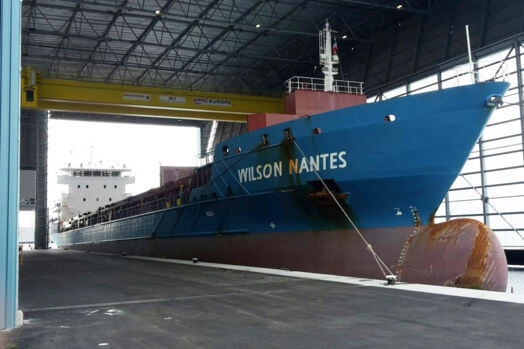