The Box is a work of art in Amsterdam South, Buitenveldert. The designer of the meter-high image is Jeroen Henneman. As part of ArtZuid 2017 on De De Boelelaan, De Doos stood at the turning loop of tram lines 24 and 16. This is an (almost) two-dimensional representation of an essentially three-dimensional object. Henneman calls it "a standing drawing". However, the contours of the box are not on paper, but are carried by the air (and surroundings). Henneman only gives the ribs and the outer lines of the opened lid to this box.

The statue has now been moved from the lawn to the roof of the apartment complex on the other side of the turning loop, on the corner of Parnassusweg and De Boelelaan / De Boelegracht.

The image fits into the series of large standing drawings on the roofs of Jeroen Henneman, of which the first / best known is the Wheel with stick, or money wheel, placed at the tax office at Amsterdam Sloterdijk. In Zwolle you will find De Lamp at the municipal offices and Pencil with Paper at the provincial government office.

Because the image was initially calculated with the wind load at ground level, the image was (invisibly) reinforced for placement on the roof, where a higher wind load is to be expected.

On the roof is a beam grid in which the image is clamped. 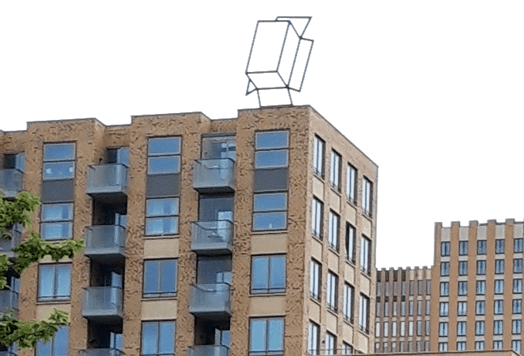 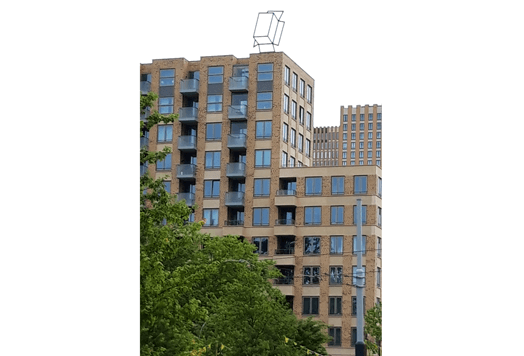 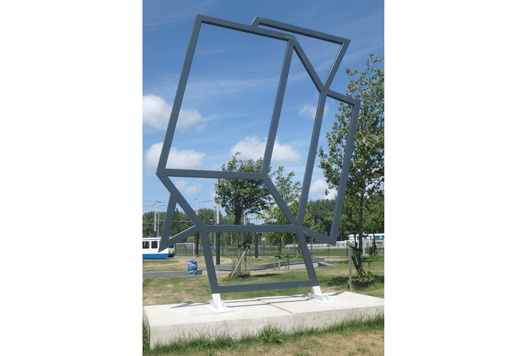