From Monday, residents of Amsterdam-Noord no longer have to take the ferry or the Noord / Zuidlijn to see all the latest films.

Twelve halls, 2500 seats
Amsterdam-Noord then finally has its own cinema, in addition to the Eye Film Museum. And what kind. A minute's walk from the start point (or end point if you want) of the Noord / Zuidlijn, a complex with twelve film theaters and a total of 2,500 seats was built in a year and a half.

Several Euroscoop cinemas have already been realized in the Netherlands, these are located in Schiedam, Tilburg and Maastricht. A Euroscoop will be realized in 2020 in Ypenburg in The Hague. With a good location on the outskirts of the city, ample parking, a total experience and ticket prices that are slightly lower than fellow cinemas, Euroscoop attracts many families and families.

The architectural design is by  Forum Architecten in Tilburg, who also designed the other Dutch cinemas.

Pieters is the main structural engineer of this project. The hull is designed as a concrete prefab construction with concrete columns, prestressed beams, system floors and printing layers for cohesion. The hull has been worked out and built by Hercuton as a complete prefab concrete construction on a foundation formed by ​​​​​​Vroom. As with other projects, project management was done by Argos from Belgium. 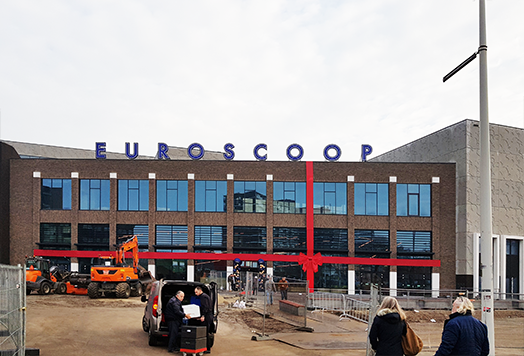 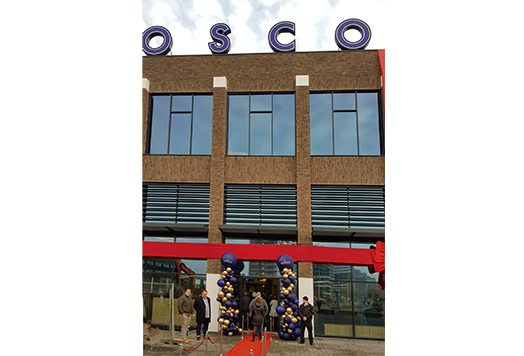 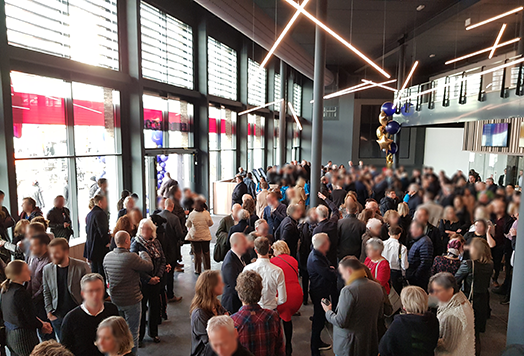