"Re-use: the new construction of the future"

Since the start of our office in 1974, the redevelopment of existing buildings and monuments has been one of our core values. We carry out redevelopment projects for a wide range of sectors, such as commercial real estate, culture, housing, industry, education and infrastructure.

Jeroen de Boer is an architectural project manager and one of our experts in the field of re-use. He studied Architecture at the Hanze University of Applied Sciences Groningen and then gained several years of experience at Boer + Hiemstra. ​​​​Jeroen mainly carried out projects here that had to do with the redevelopment of existing buildings, such as the transformation of an office building into student accommodation. But because project applications remained fairly comparable over the years, Jeroen decided at the beginning of 2017 to make the switch to Pieters in Amsterdam. “Although there were still plenty of opportunities in Groningen due to the large vacancy of shops and offices, I decided to relocate my work area. The municipality of Groningen was fairly critical of redevelopment projects and, furthermore, the projects in the Amsterdam area seemed a lot more challenging to me. ”

Expertise
In recent years there has been an increasing choice for the re-use of existing buildings. It is not only a sustainable choice to give a building a second life, but often it is also financially more interesting than new construction. The transformation of vacant office buildings can also boost the quality of life in a city or town. Pieters has a great deal of expertise in the redevelopment of existing buildings and monuments. Jeroen is often involved in these jobs. Examples are the transformation of the Three Kings (Silos at Zeeburg) and the redesignation + expansion of the monumental Water tower in Hillegom. "Every re-use project has its own specific requirements and it is up to us, in collaboration with all parties involved, to ensure that the final end result meets all these requirements," says Jeroen.

Industrial
The coolest project that Jeroen worked on was the re-use of the PTB-machine factory in Groningen, which he carried out during the period that he was still employed by Boer + Hiemstra. Since the beginning of the twentieth century, tools and heavy lifting equipment have been produced in this monumental factory hall. In 2014, the company was forced to find another accommodation. The factory hall was given a new purpose, but under strict conditions: the body and the industrial character of the interior had to be preserved. “A box-in-box construction was chosen that accommodates 28 independent living spaces. By applying this principle, the difference between old and new remains clearly visible. The end result was beautiful, "says Jeroen. 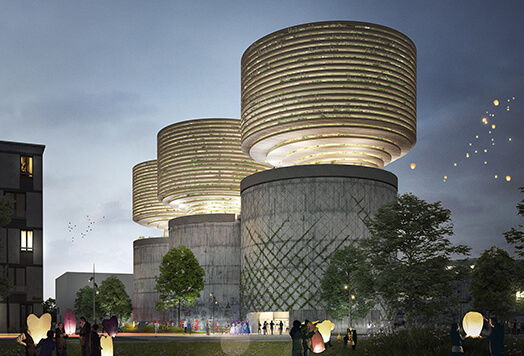 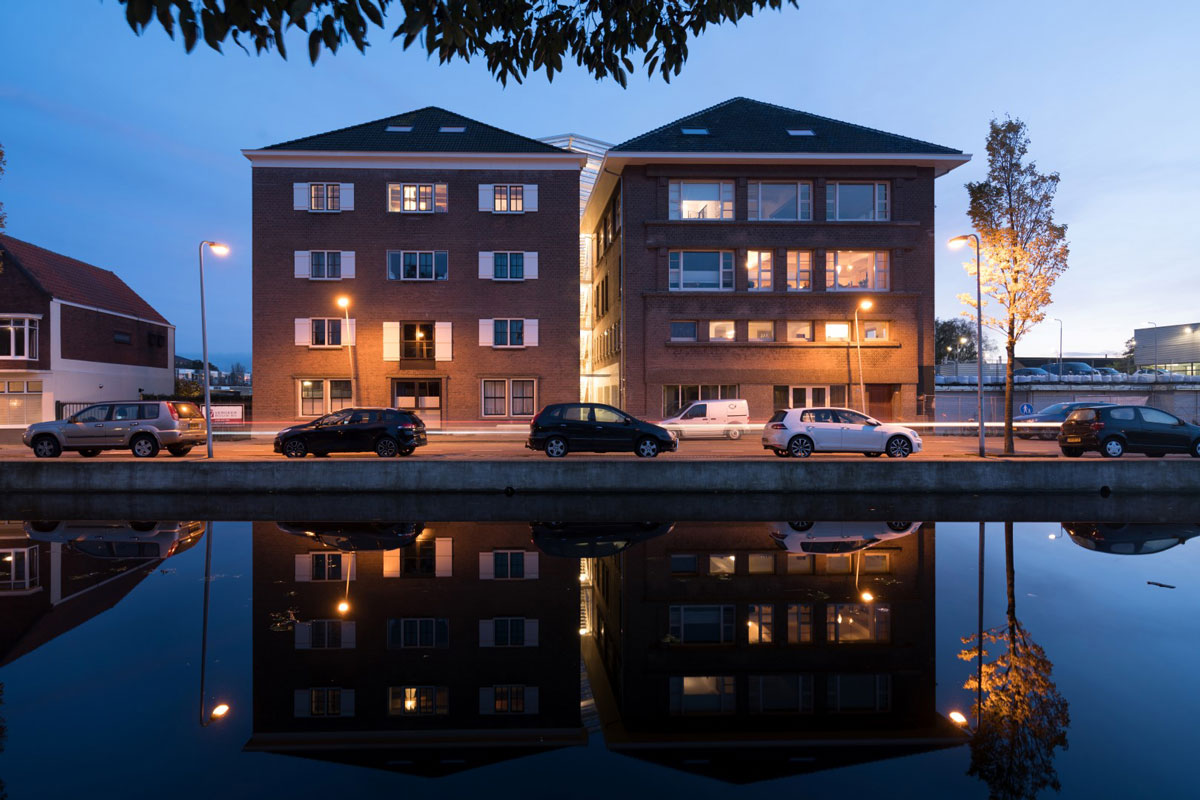 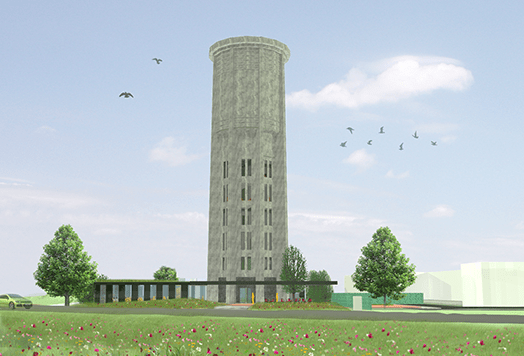