Experience is central to the state-of-the-art AFAS Experience Center in Leusden, which includes an office complex, a professional theatre, an underground parking garage and a park-like garden with a large water feature and a view hill. Pieters Bouwtechniek was the chief constructor of this uniquely designed building complex, which was taken into use at the beginning of January 2021.

The design and construction of the new AFAS Experience Center by software company AFAS in Leusden is special in all respects and perhaps also a bit 'un-Dutch'. If you see it from above, the building complex would not look out of place in a metropolis like Dubai. The design, which was created by Steef van der Veldt and elaborated by Just Architects, is inspired by the roots of the family business: the main building, the intermediate buildings and the theater are designed as leaf-shaped elements that are connected to each other. These elements refer to the family trees of Ton van der Veldt and Piet Mars, the founders of AFAS Software.

​​Special project
The start of the project was different from what Pieters is used to. Initiator and AFAS founder Ton van der Veldt spent more than three years developing the AFAS Experience Center, without the construction industry being aware of the plans. He did this with his brother Steef van der Veldt, who made the design together with Just Architects. Ton's dream: a building that is much more than an office; it should be a place where people like to meet before, during and after work. Pieters was approached in 2014 to take on the role of chief constructor. At that time, there was already a design by the architect. The first 3D drawings and constructive calculations had already been made. Because the main structural engineer is normally also involved in the design phase to participate in the constructive design, Pieters decided to set up the drawings and calculations at the AFAS Experience Center with the aid of the present design. Pieters is also responsible for the entire structural design.​​​​​​

Neatly concealed
Just Architects has examined the design architecturally to ensure that the building meets the most current requirements of the Building Decree, insulation and sustainability. In addition, the design had to comply with the most recent construction rules and calculations. Pieters then started modeling in 3D Revit. A further step has also been taken with regard to the design, because no installation consultants were involved in the earlier design phase, while climate and (theatre) technical installations have a major influence on climate, sustainability and building physics-like matters. In short: Pieters carefully assessed and checked the entire plan to ensure that the final end result could be set up in a safe and stable manner. The constructive adjustments made by Pieters have been concealed in such a way that they cannot be seen from the outside. In this way, the building could remain as close as possible to the wishes - or rather the dream - of the client.

Hanging arch construction
The main building with two towers on either side serves as an office building for the employees of the software company. In addition to the ground floor, the building consists of four floors. The right tower still has a small fifth floor. The building is set up in such a way that only the round prefab core units, outer walls, toilet groups and coffee corners are construction walls and are therefore fixed. As a result, the rest of the building can be freely arranged with flexible system walls. An eye-catching element that presented a constructive challenge for Pieters is the special arched arch construction at the entrance of the office building. A steel tie rod hangs here, as it were, between two steel columns. The internal tension rod consists of a welded steel construction of HE profiles, on which the load-bearing columns of the facade are attached. From the outside it looks like a round tube that carries all floors of the office like a catenary. Between the main building and the spherical theater are a patio (inner garden), an atrium and a restaurant with a double curved steel roof. All these intermediate buildings are interconnected. Covered areas are located on both sides of the patio, which can be used as flexible workplaces, among other things. The training center, a gym and a fitness room are also located here. The patio and atrium can also be used flexibly as meeting space and for presentations and exhibitions.

High-tech glass dome
The theater with the freely spanned dome, which can accommodate eight hundred people, wants to use AFAS Software during the day for communication with customers and employees, inspiring seminars and shows for the target group of the company. In the evenings, the theater is used for theater and musical productions. In addition to the theatre, this building consists of five auditoriums, several lounge areas, dressing rooms and a café. Seen from the outside, the theater consists of a hemisphere of glass and steel with a shell inside as a foyer. Then you see another hemisphere (a vertical green wall) in which the theater is located. Behind this sphere of concrete and steel is the stage with the stage tower. The construction of the theater was a challenge in itself. The 25 meter high stage tower consists of a concrete box with a gigantic steel truss structure from which all equipment, winches, pulling cables, bridges with lighting and cloths hang. Floors and columns are not allowed in the stage tower from top to bottom because they hinder the theater technique. That is why all the constructions around it are made. The winch attic and theater technology are supported by steel lattice girders. In the theater itself, Pieters Bouwtechniek has designed a constructive dome from which, among other things, the balconies hang. The high-tech glass dome, which has a diameter of 42 meters and a height of 21 meters, was designed by Pieters together with Octacube, in glass and steel.

Waterproof parking basement
Another challenge was the gigantic parking basement, which has been constructed under the entire building complex with two underground floors. After extensive research, it appeared that the water level in the nearby Valleikanaal rises above ground level during wet times. If you want to build 4 to 5 meters below ground level and below the groundwater level, then very large buoyant forces arise. That is why there are many tension piles under the floor of the parking garage and many pressure piles under the office area. In addition, the concrete of the parking basement has been poured in parts due to the great length of the building. If you do that in one go, the container would shrink a few centimeters during the hardening process. And that leads to cracks and leakage. In order to control the shrinkage and guarantee the watertightness, a specific concrete mixture was used and a fine-mesh reinforcement net was applied, so that the crack width did not exceed 0.2 millimetres.

Energy neutral
Thanks to the use of solar control glazing, dimmable LED lighting and an energy-efficient and smart climate system, the AFAS Experience Center is virtually energy neutral. The building is also gasless, the facade is fitted with triple glazing and lightweight polyester solar panels are installed on all flat and sloping roofs. The glass roof of the company restaurant has integrated solar cells and the other roofs are covered with sedum. The energy generated by the solar panels and solar cells is stored in batteries and can be used at times when the sun does not shine or does not shine sufficiently. The outdoor area consists of a walking park with trees, lawns, a viewing hill, water features, benches, terraces, art objects and sports equipment.

Textbook example
Pieters distinguishes itself from other constructors by delving deeply into the customer's wishes and thinking along with the customer during the entire design and construction process. An important feature for this project, because the design was partly already made before Pieters was involved as the main structural engineer. The challenge was therefore to stay as close as possible to the client's design, but to come up with solid solutions for the construction of all buildings. Where we normally work with a fixed - and often too tight - budget, the budget for this client was not a limiting factor in realizing the dream. This gave all parties involved the freedom to choose the best solutions where possible, from the structural elements to the installations in the building. Of course, financial adjustments were made during and after the tender to ensure that things fit in with the construction budget. Pieters also praises the enormous involvement of the client. For example, the project team made regular rounds of the construction site during the implementation to check the constructive safety. This makes the AFAS building a textbook example of how a construction project should proceed in daily practice. 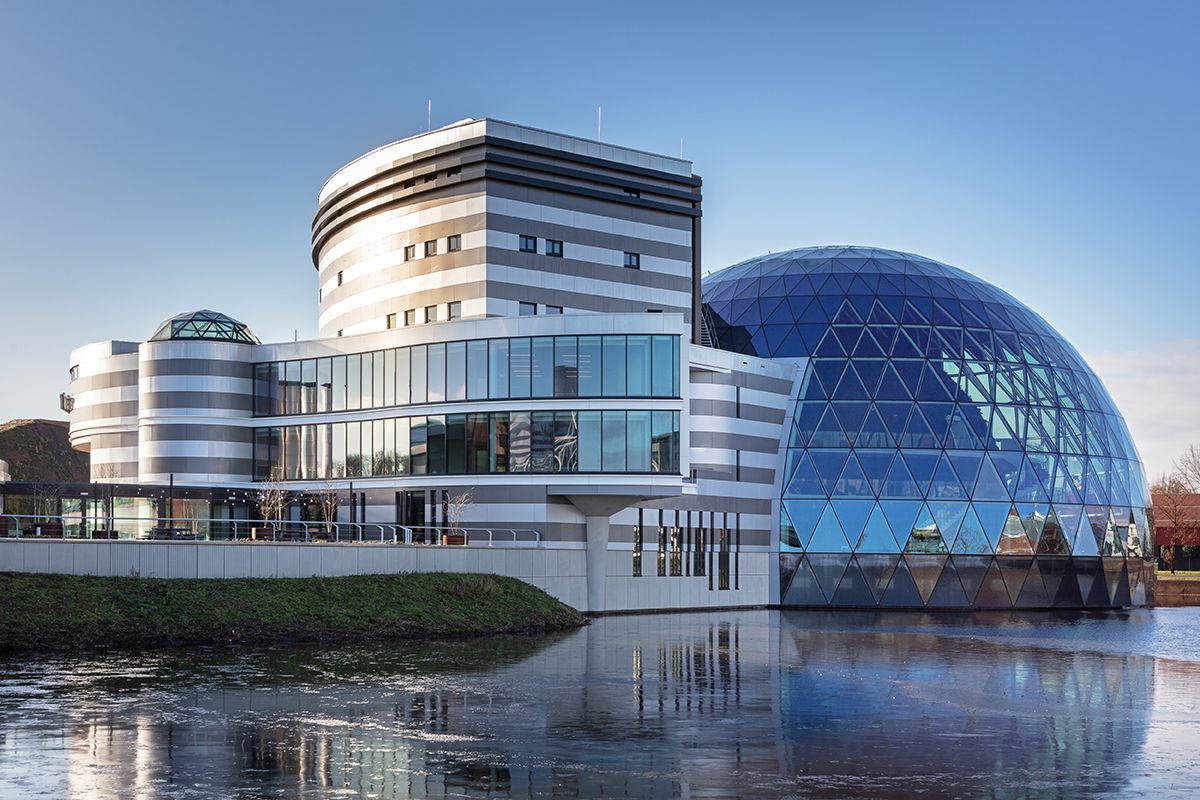 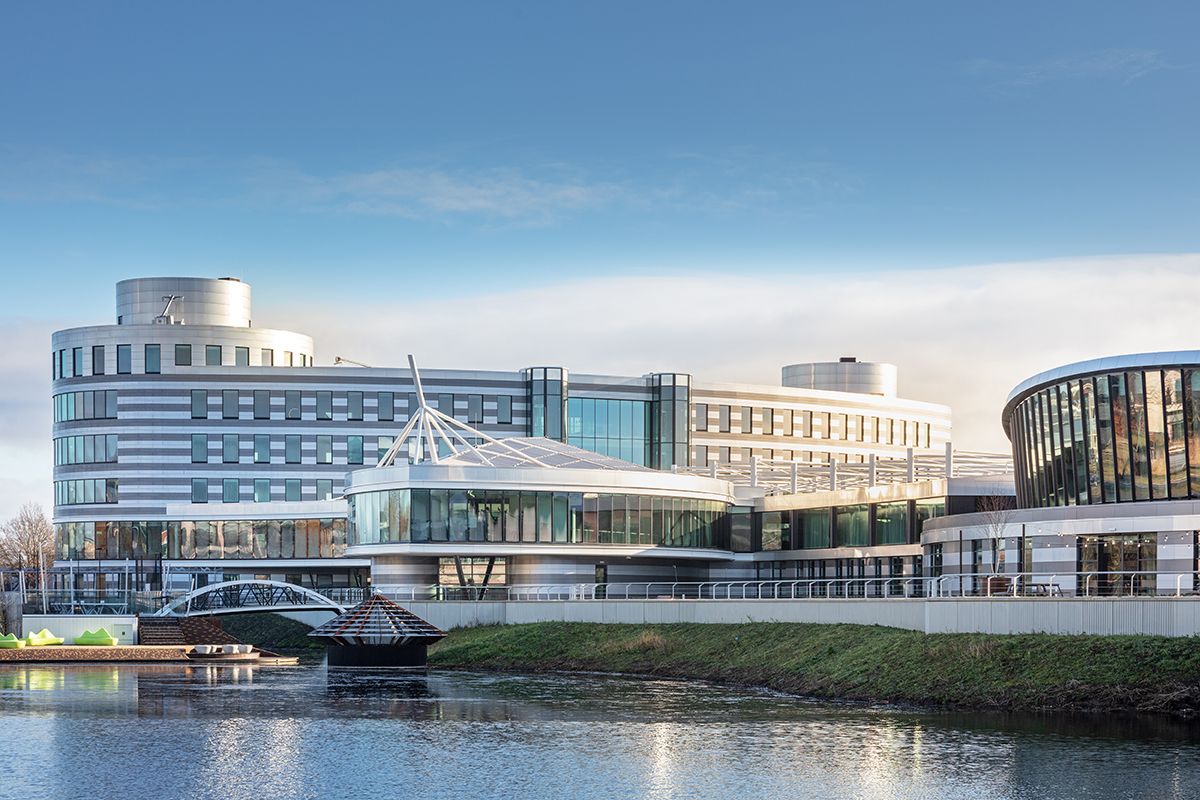 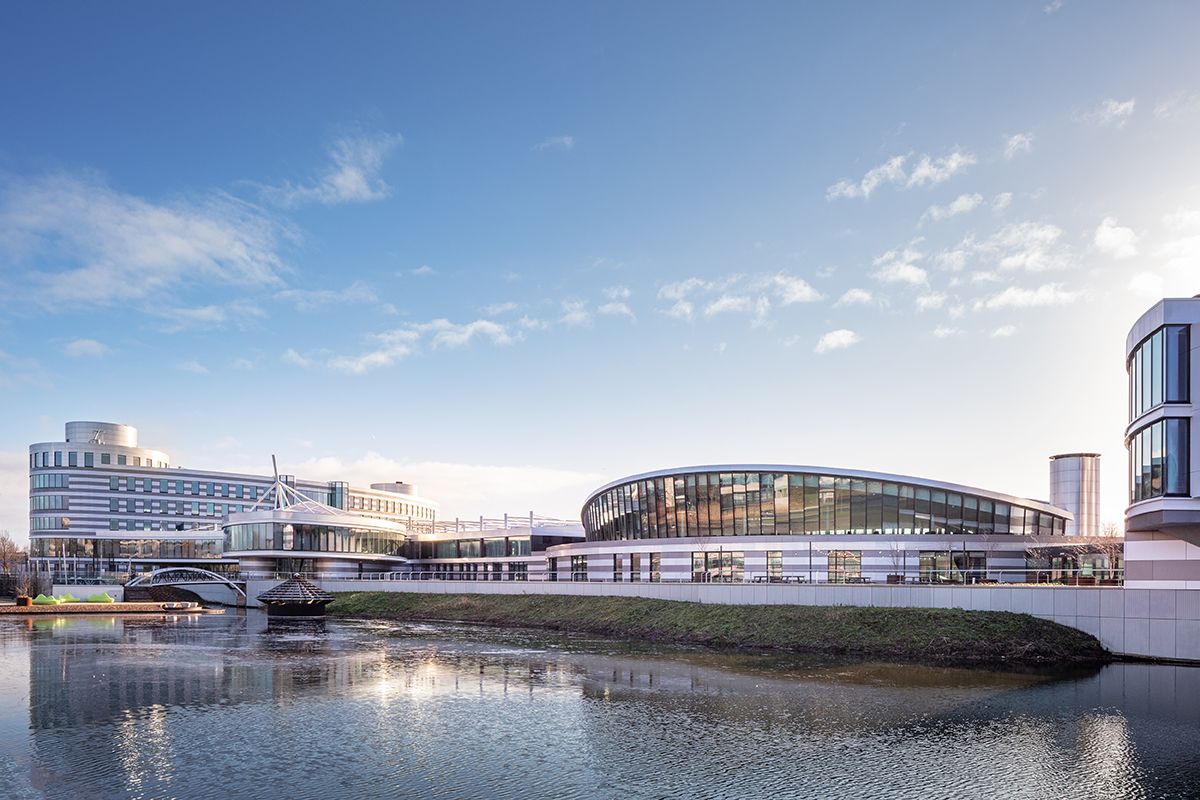 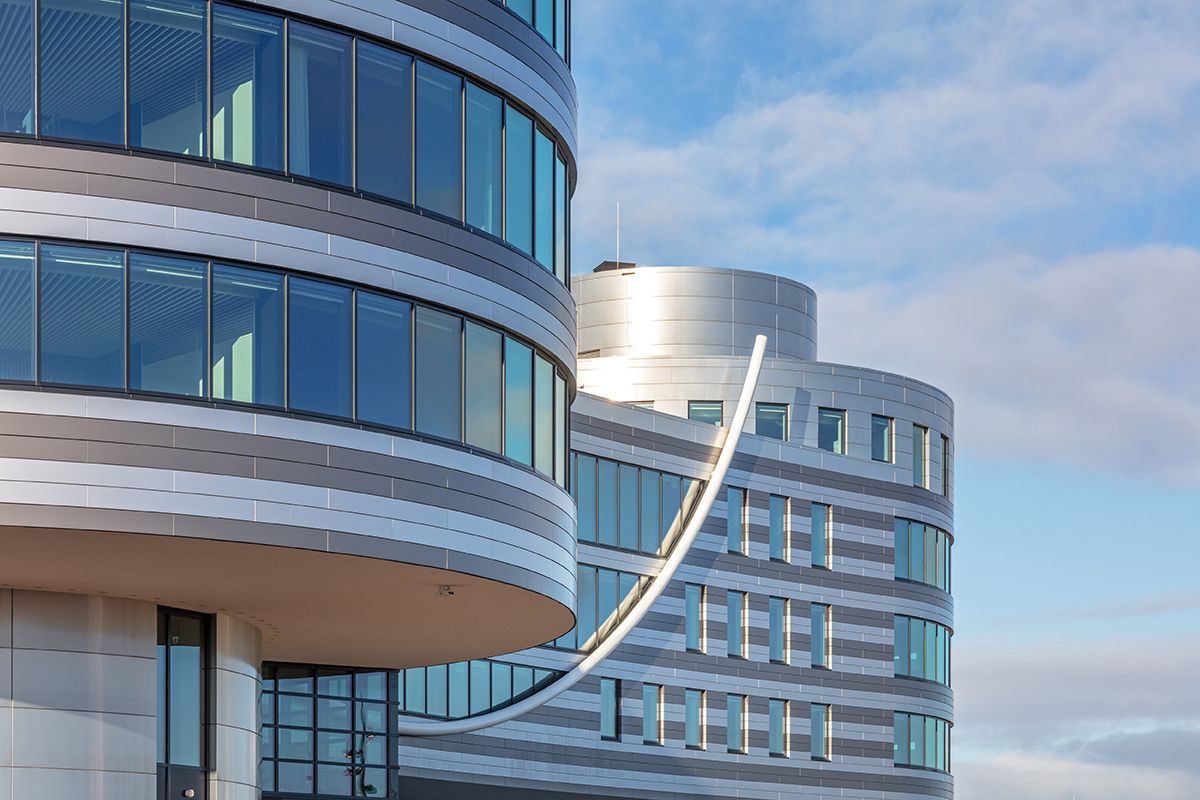