On December 4, 2020, the first part of the new wing of the Museum Arnhem will be extended in Arnhem! The museum is being thoroughly renovated and expanded. A new wing is being installed in the museum building, from which a beautiful view of Arnhem and the floodplain landscape can be seen from a moraine - a ridge raised by an ice tongue. This extension is located meters above the slope.

Placing this wing is realized by building the wing above the solid ground on top of the basement, and then extending it using jacks. The substantial overhang therefore does not require any support.

Extend
Extending is known as a technique from bridge construction, but it is rarely necessary in non-residential construction. It is slightly different at the Museum Arnhem, because it stands on the edge of a moraine. A wonderful place for an extension, because it offers an unobstructed view of the Rhine and its floodplains, but also a difficult one. An enormous scaffolding construction would be needed for the fifteen meter cantilever. Building in this way prevents the moraine from sliding off, which is a risk if you are going to work with scaffolding in the moraine.

Spectacular piece
The sliding operation, led by specialist CT De Boer​​, promises to be the showpiece of the project. In order to achieve maximum rigidity of the construction, Pieters Bouwtechniek devised a construction with six-meter high steel trusses for the overhang. Its roof is made of light steel to limit the load on the trusses.

After the hollow-core slab floors have been installed, the box-shaped building volume is pushed out over heavy steel girders using hydraulic jacks. They form a temporary base. When the superstructure has been extended inch by inch on 4 December and protrudes about 8 meters, the first part of the trajectory is complete.

Rots Bouw then builds the second part of the superstructure, as a kind of counterweight. Then the jacks slide it to its final position.

Completion
When the extension operation is complete, the augers have to work one more time. This time to jack up the superstructure a bit. The builder can then remove the slide track and build the final concrete supports. The box is then bolted immovably to the main supporting structure.

The design also includes a thorough renovation and renewal of the current building; originally a gentlemen's club from 1873 and later used as a museum.

Rots Bouw uit Aalten is carrying out the construction project. The design is by Benthem Crouwel Architects. Pieters Bouwtechniek is a construction consultant for the project. The building is expected to be completed by the end of 2021.

The construction of the museum can be followed live via this website: www.rotsbouwtmuseumarnhem.nl

The video below from Rots Bouw shows in animation how the new wing will be extended.

(source: amongst others Cobouw) 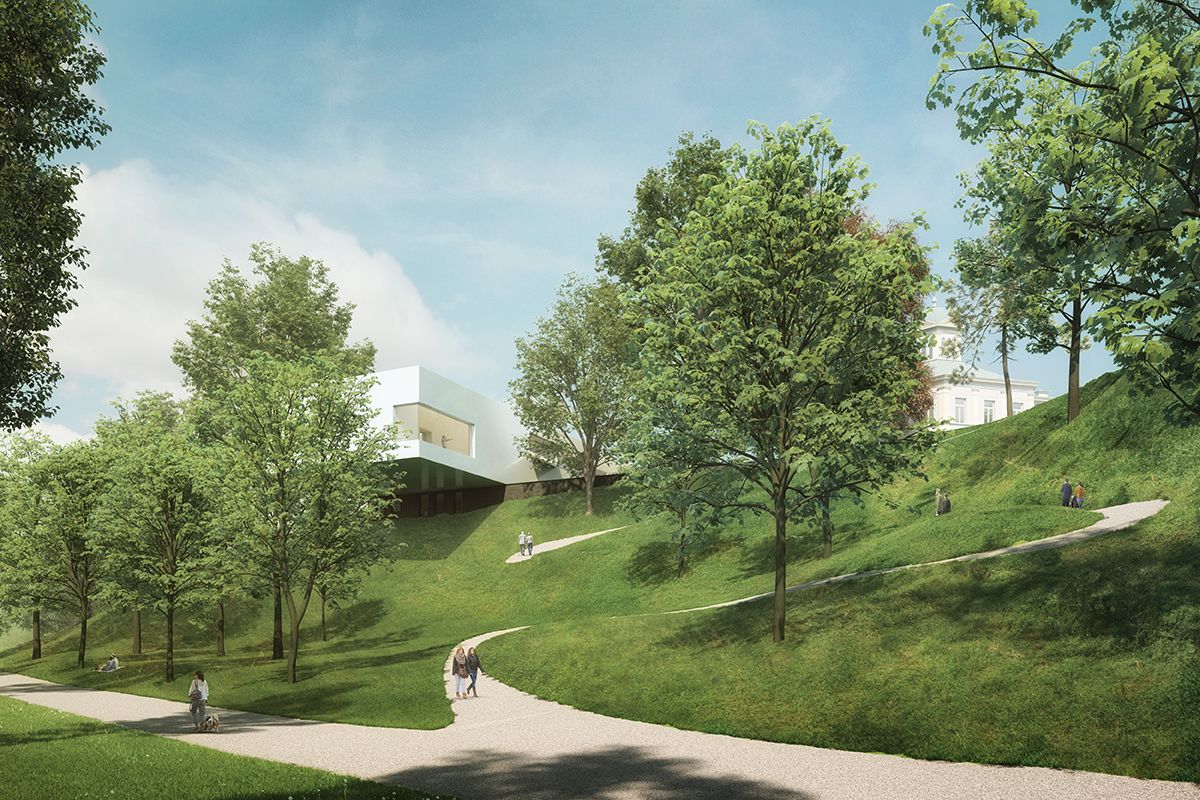 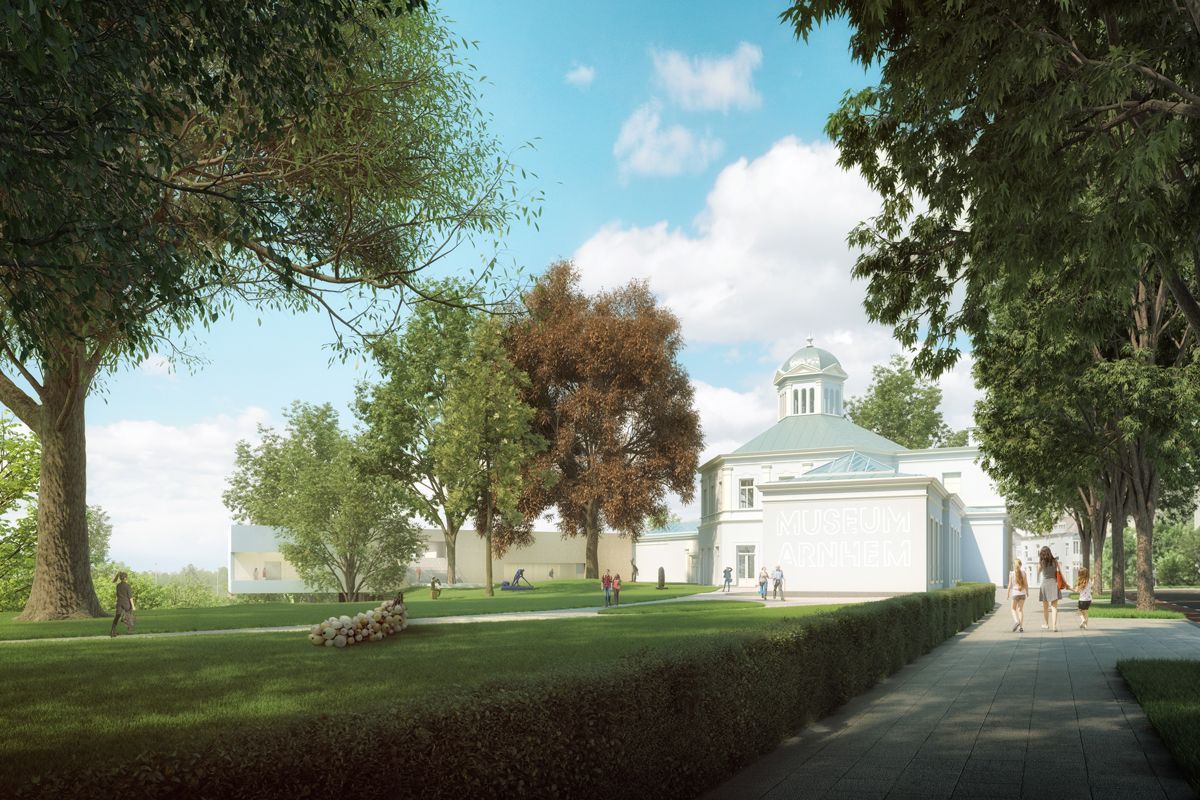 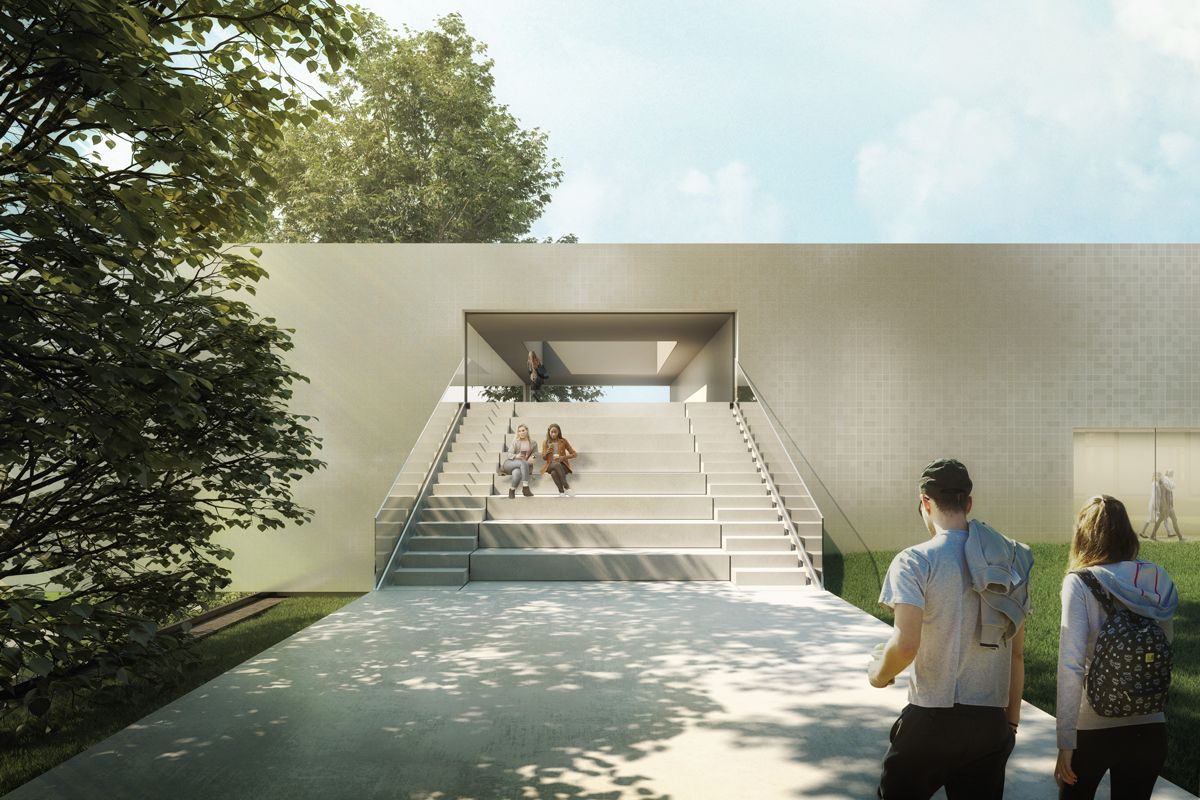