The DNB building on Frederiksplein in Amsterdam is being thoroughly renovated on behalf of De Nederlandsche Bank  (DNB). The round tower De Satelliet, which is part of the building, is currently being completely dismantled and reused as much as possible for a new project in Amsterdam. As soon as the last signature is placed, the new place will be announced.

The Satellite was realized in the late 1980s. In the future situation, due to efficient use of space and the relocation of cash operations, the number of m² required will be less than in the existing situation (approximately 59,000 m² to approximately 73,000 m²). As a result, the round satellite tower has become redundant and is replaced by a publicly accessible garden. Architectural firm Mecanoo has created the new design for the renovation of the DNB building with an open and transparent facade.

At DNB, in collaboration with partners  New Horizon and RE:BORN, the vision gradually developed that as many parts of the tower as possible could be reused to contribute to the circular economy. New Horizon is dismantling the round tower using urban mining principles, looking at the re-use of materials down to the macro level. A major advantage of decommissioning is that it releases a lot less CO₂ than with demolition. The dismantled materials are taken by electric boat to a storage location in Amsterdam North to prepare them for reuse. The treatment that the material must undergo in order to be able to reuse it differs per material type. Concrete, for example, is cleaned and provided with new anchors for attachment in the new hull.

Developing investor RE:BORN is the new owner of the materials and the initiator for the redevelopment elsewhere in the city. The entire shell (floors, columns, walls and stairs), the majority of the facade plus installations and the computer floors are reused. Elements of the technical installation that are not reusable one-on-one are recycled. The decommissioning is planned to be completed by June 2021.

As the main constructor, Pieters Bouwtechniek has the important role to maintain a safe situation at all times within the various demolition stages. In addition, we are involved in the reconstruction (‘reassembly’) of the dismantled building and we advise how it can be reassembled in an efficient and safe way. 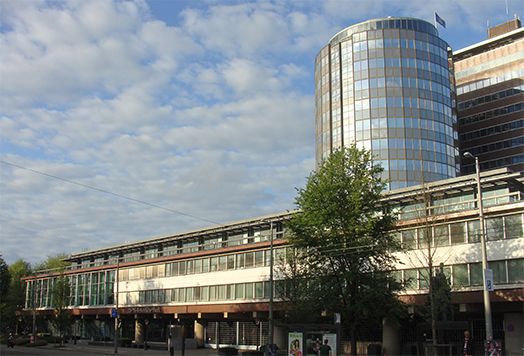 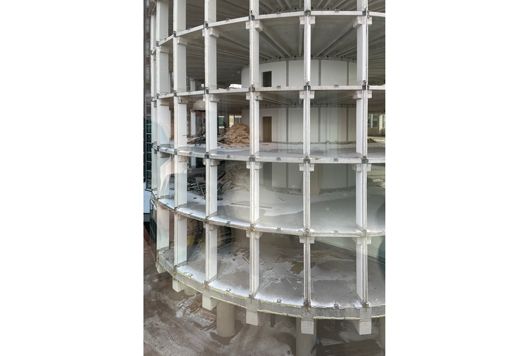 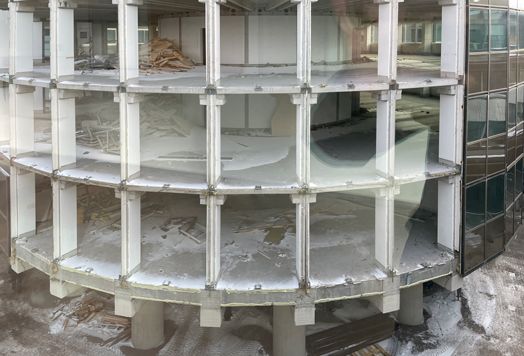