The overhead crane for AWT4 is hoisted

On 26 April 2017, the overhead crane was hoisted for the fourth All Weather Terminal for our customer VCK in Amsterdam. We already reported that the first truss was placed on April 18th. In short, there are good progresses around this beautiful project. 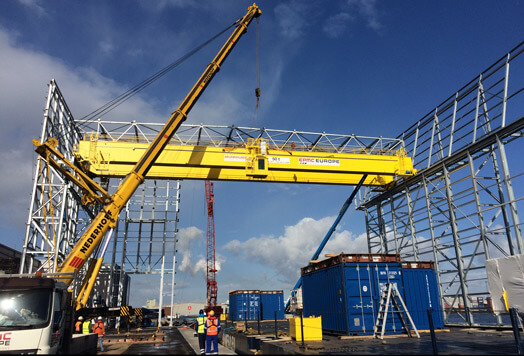