During the Seven Hills Run in Nijmegen, the world record was broken by Joshua Cheptegei, but the fifth edition of the Run4Usher also broke other records. Last weekend, more than 110 runners were at the start of the Zevenheuvelenloop.

People with Usher Syndrome and their family and friends took on the exciting challenge of running in the dark or overcoming the kilometers on Sunday. Many personal records were run and more than € 35,000 of sponsoring was raised for Ushersyndroom foundation. Never before has so much money been raised with the Run4Usher team! 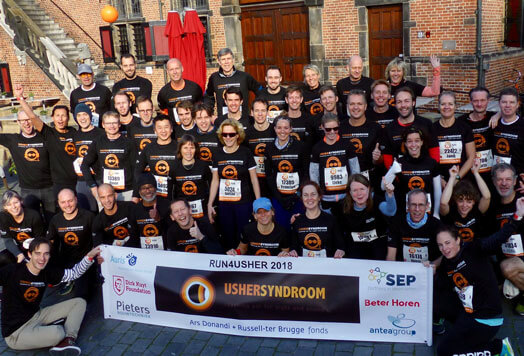