SCIA and Allplan organize an international competition between users of their software every two years. In recent years, this competition has become an important event for engineers and the construction industry.

The silos have been made impressive icons by architectural firm Elephant and development combination Vink Bouw and Grayfield, without prejudice to the roughness of the existing silos.

The name of the project 'the Three Kings' symbolizes the unity and diversity that the silos embody together. Each silo is programmed separately, so that there is optimum connection with the needs of the neighborhood and at city level. The roof of the former silos offers a panoramic view of the city and is open to the public.

Lot 1N2, Amsterdam
In the Station area of ​​the new Amsterdam-Noord Center Area (CAN) a new mixed urban district will be built around the Station Noord public transport hub. This is the starting point of the North / South line.

The location 1N2 consists of owner-occupied, rental and student housing, hotel and parking garage. The following is being developed at location 1N2 in collaboration with Klunder architects: 184 rental apartments, 177 student residences and 150 m² of commercial space. There will also be a hotel with 304 rooms and a garage with approximately 141 parking spaces.

The development consists of a substructure of nine floors. There will be two towers; one of thirteen floors and one of 23 floors. The residential tower has a height of approximately 70 meters. The student housing is 45 m high and extends over the existing bus station for 6 m.

Krinkels office, Breda
Krinkels likes to work on a beautiful, safe, clean and green living environment. They are now also implementing this at the new head office in Breda. When the building is finished, it will become the new headquarters of Krinkels, a total contractor in the areas of Green, Infrastructure, Water and Sport. Their best known work is the realization of the MH17 monument near Schiphol.

The outdoor space is set up green with seats for meetings and lunches in the open air. The interior space is also decorated in a green way for a stress-free environment in which human well-being is central. The building will be equipped with 80 workplaces and will, among other things, form the headquarters for Krinkels and Mostert De Winter.

Help us win and vote
These projects can be voted on until 9 September. Cast your vote here for De Drie Koningen, here  vote for Lot 1N2, and here for Krinkels Office. 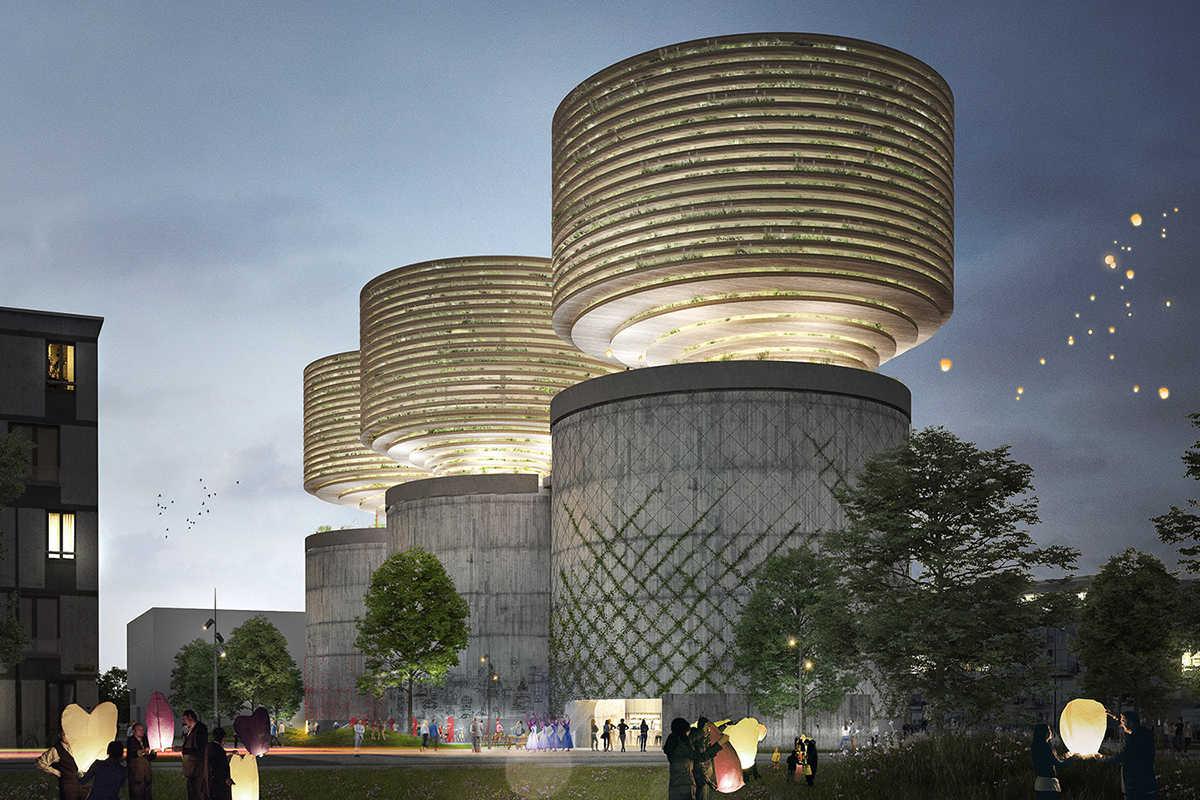 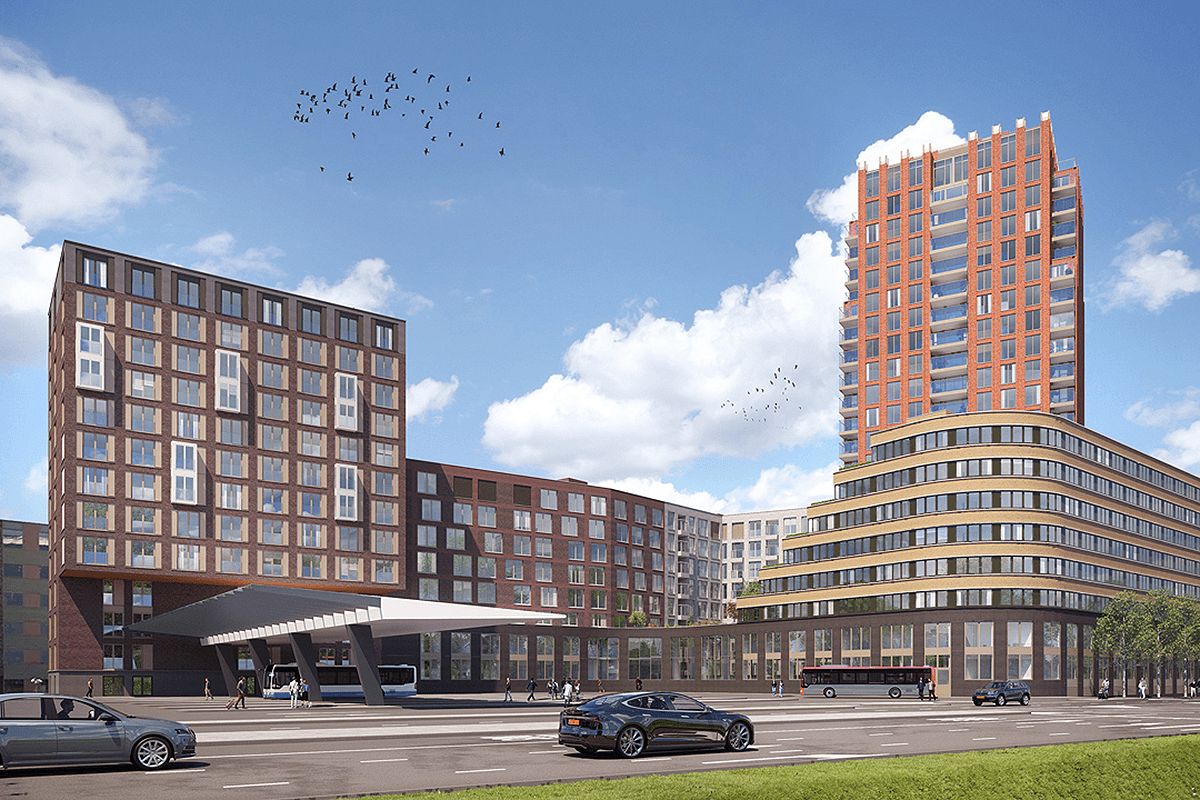 Krinkels Office in Breda
Print
Return to the news overview