The H-school, built in the 50s, will be rebuilt to be up-to-date again functionally and technically. The school will have a multi-colored learning environment with, in addition to group rooms, also various processing areas. The gym will also be enlarged.

It has become a very nice item in which the renewed school is beautifully portrayed with interviews with Wilma Kempinga (Bureau Ms. Meijer and advocate for the preservation of H-school), a number of children from the school and Rowin Petersma, the architect. 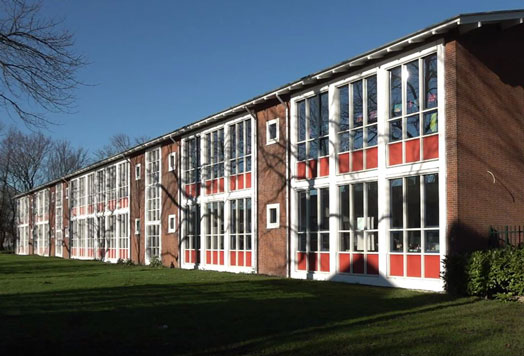