The construction of the bridge service station in Heerhugowaard has been started. There will be a service center that controls 33 bridges and seven locks in the province of North Holland, two bridges of Rijkswaterstaat, a bridge of NV Port of Den Helder and one of Spaarnwoude Recreation Centers.

The province of North Holland wants to stimulate transport over water and also better match traffic on the road and on the water. In order to facilitate shipping, the ambition is to serve 80 bridges and locks in North Holland 24 hours a day from a central location.

The haywork is ready, so construction is being started. Pieters Bouwtechniek is part of the design team and, together with architect Gertrud Topper and Erwin Spuybroek, laid the foundations for the construction of the bridge service station.

Contractor company Nobel from Bodegraven has won the tender and is the builder of this project. 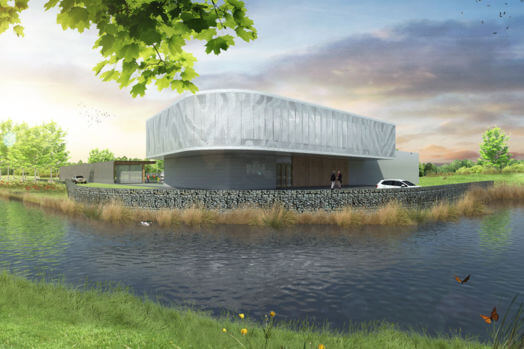