Next to the station in Eindhoven, the former Rabobank has been redeveloped into a modern, flexible office building. During the redevelopment, 37,000 m² GFA was renovated and 6,000 m² new construction was added. Parts of the building have been demolished to create a better ensemble. The separate existing buildings have been merged by creating an atrium of 35x35 m between the building parts.

Pieters Bouwtechniek was the main constructor of the project, but also carried out the complete detailed engineering.

The video below provides insight into the design of the new office. 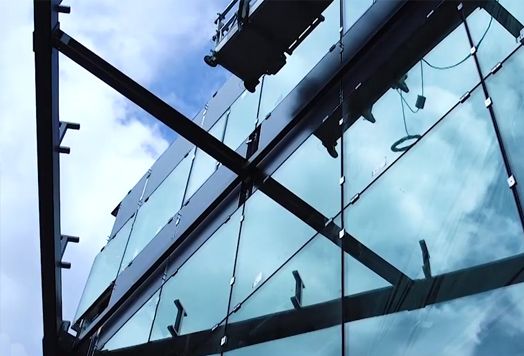