Museum Arnhem is renovating and expanding. A new wing, designed by Benthem Crouwel Architects, will be built in the museum building.

Extend new construction
The new wing will be built on top of a new cantilever. A scaffolding construction would be required to place this 15-metre new cantilever, but the pressure that this creates could affect the stability of the moraine. It was therefore decided to extend the new building. The first 11.4 meters of the wing was extended on December 4, 2020. Rots Bouw then built the second part of the superstructure, as a kind of counterweight. At the beginning of January 2021, the new building was moved another 4.8 meters further. The new wing is already clearly visible from the top on the Utrechtseweg and from the Rhine below.

Supporting structure
Pieters Bouwtechniek has designed the structure for the adaptations in the monumental existing building and for the new construction. The client has requested a flexible, divisible building. Pieters has designed a supporting structure with load-bearing trusses in the facades so that no intermediate columns are needed and the large cantilever on the Rhine side can be made. The new building stands next to a steep slope and on the other side connects to the existing museum, which is founded on steel. The new building will be founded on soil-reversing screw-injection piles, so that no damage is caused to the existing building. The piles are reinforced over the entire length to be able to absorb horizontal loads from soil pressure and wind.

Museum Arnhem is expected to open its doors to the public in 2022.

The video below from Rots Bouw shows in animation how the new wing was extended. 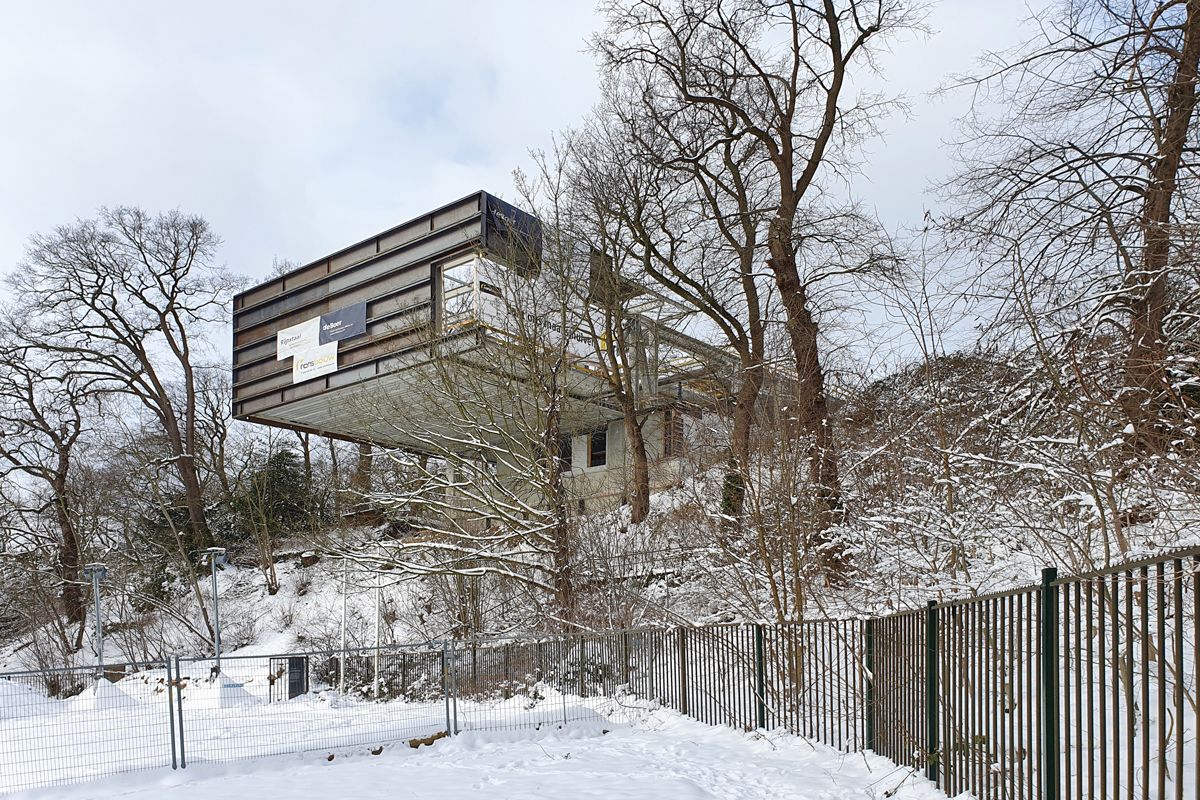 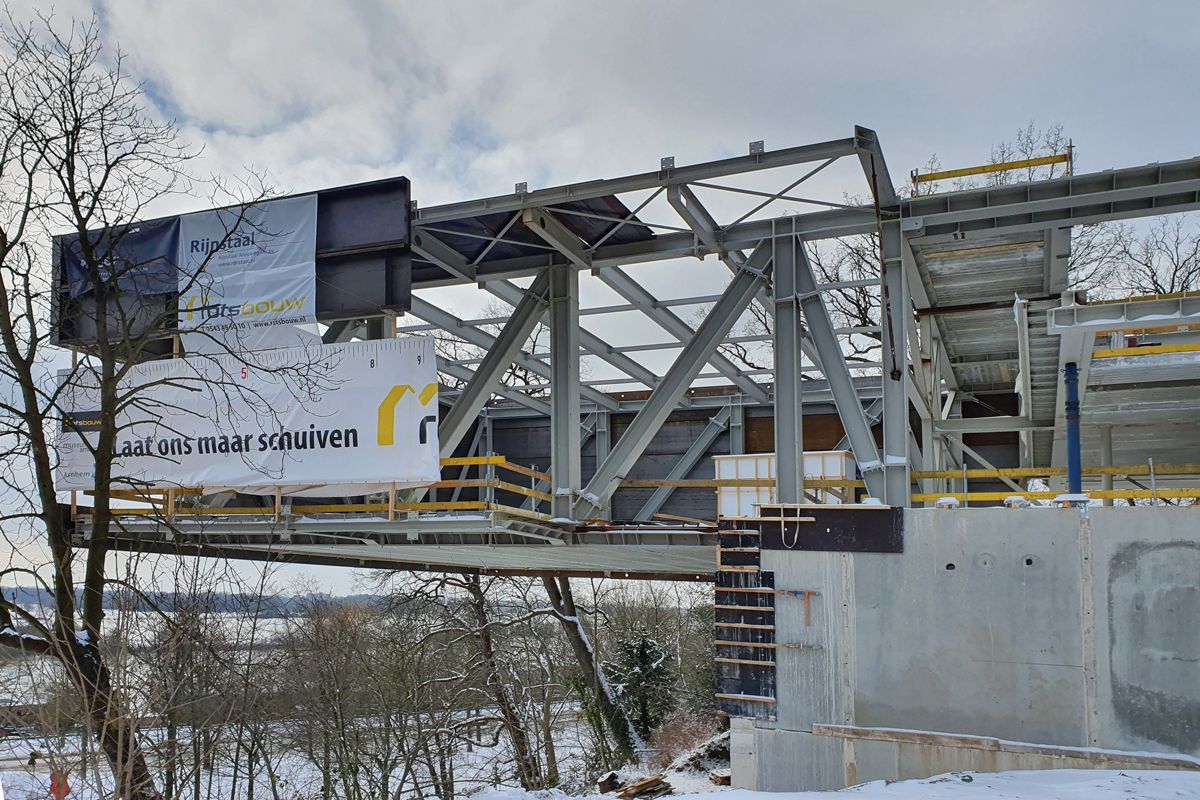