Magic Mirrors rents and sells mirror tents. The tents are a sensation at first sight and that feeling does not go away as soon as you enter. Everything about these mirror tents is overwhelming, from the roof panels to the countless niches along the edge.

Given that stricter noise requirements are being imposed, a wooden mirror tent has been designed for a client in Paris. Although this specific tent will probably remain in Parc de la Villette for a longer period of time, the construction will be made fully demountable and dimensioned so that it can be placed in many locations.

The Parc de la Villette is a modern park located in the north of Paris, in the 19th arrondissement. The vast park that dates back to the mid-80s offers a lot of attractions.

The construction consists of 3 rings with columns. The columns per ring are connected by a ring bar. The main beams of the roof surfaces span between the ring beams. The roof panels span between the main beams. These are made up of a CLT plate with a beam layer. In a number of places there are no columns under the ring beams due to the stage or the entrance. This has been taken into account in the dimensioning of the structures. 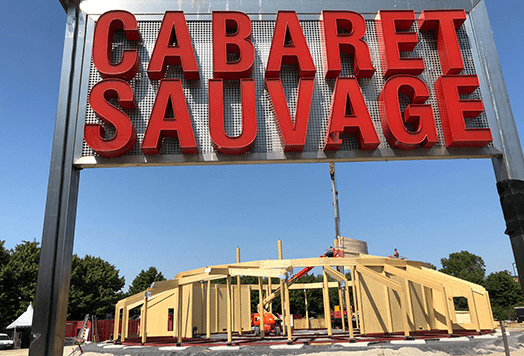 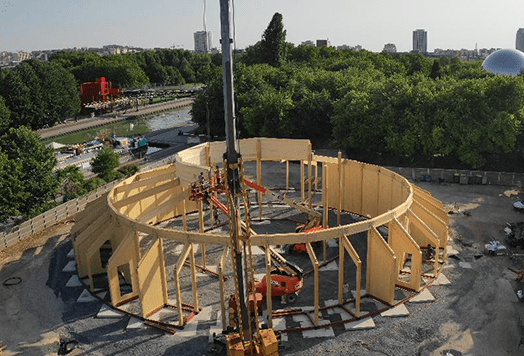 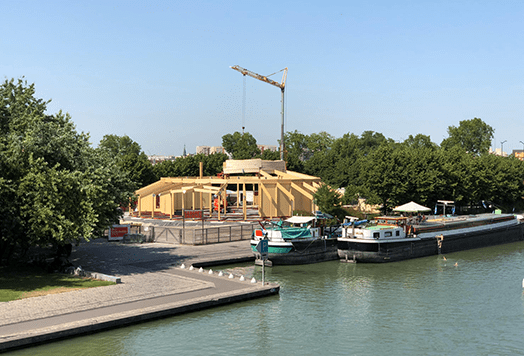 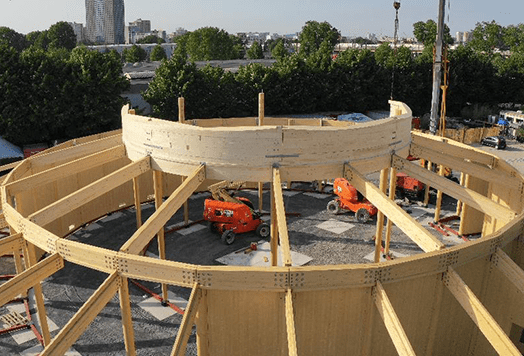 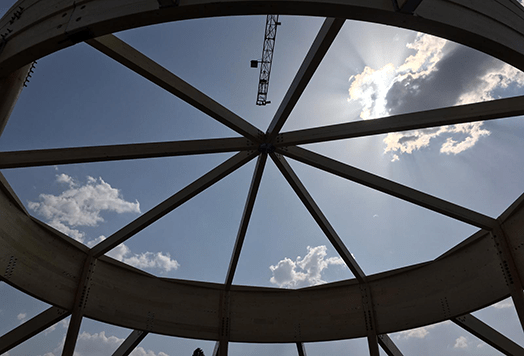