Pieters is the structural engineer for the expansion of Stedelijk Gymnasium Leiden, location Athena.

The Athena location will be expanded with two gymnasiums with associated facilities and 8 classrooms with open workplaces. The new building offers the opportunity to give the existing monumental building a fully-fledged wing and to create an ensemble of buildings.

Facade
The existing monumental building has a rich and layered facade structure: brick in a standing context, use of different materials and a refinement in the window frames. In order to connect to the existing facade, the layering will return in the new wing, by means of different staggerings, of brick patterns and a distribution in the frames. In this way, the new wing will feel like a natural continuation of the existing.

Central heart
The extension makes the existing auditorium the transparent heart of the school. The new building adds a new layer of places to the auditorium: stairs and benches make more space to meet, sit, talk and read. The gymnasiums and changing rooms are included as a full part of the school program in the building. Due to the limited space at the location, the sports program has been placed almost entirely underground. A new stairwell connects the sunken gymnasium and upper floors with classrooms directly to the auditorium. This makes the auditorium the pivot between the different building parts.

Studio Nuy van Noort is the architect of this beautiful project. 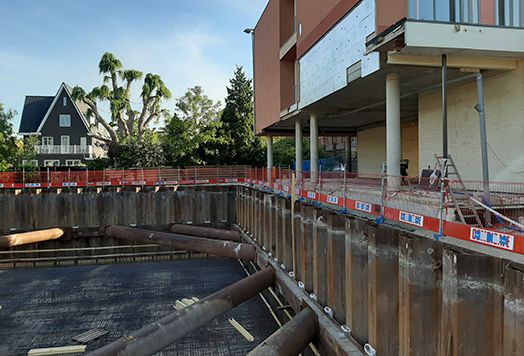 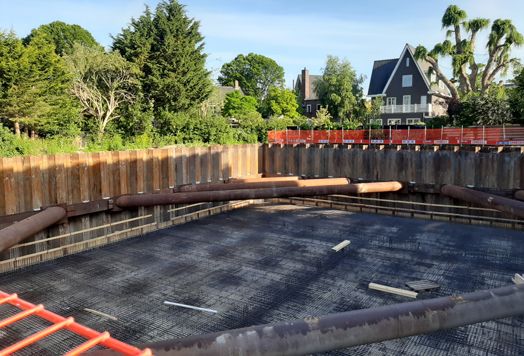 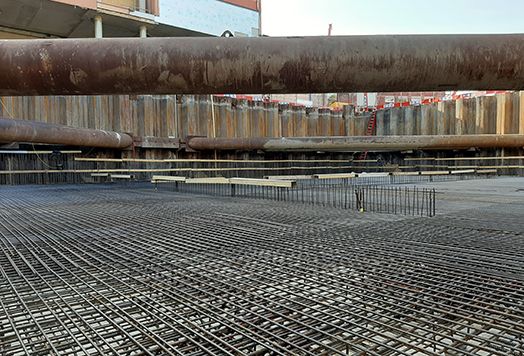 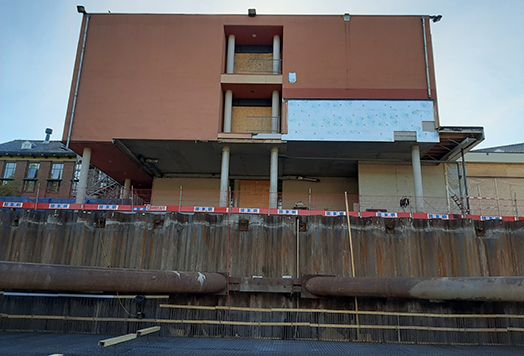 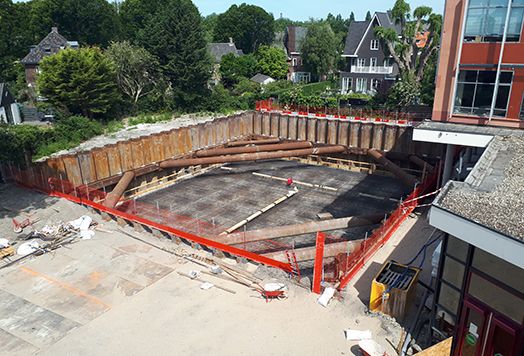