The new Duinwijckhal in Haarlem was opened on 18 October 2018.

The realization of the new Duinwijckhal on the Badmintonpad is the result of the project VMBO Vernieuwt !, a project in which the Sterrencollege has been realized. The construction of the new hall was started as part of the project in September 2017. After a construction period of one year, the new Duinwijckhal is ready for use. The hall meets the A-norm of the NOC * NSF and the international standards of the Badminton World Federation. The hall also meets the requirements of the Royal Society for Physical Education (KVLO) for school sports. Replacing the current hall with a new multifunctional sports hall is a year long ambition of the Sterrencollege and badminton club Duinwijck. The badminton club becomes the user and tenant of the new sports hall. In addition, the hall will be used for physical education by schools. 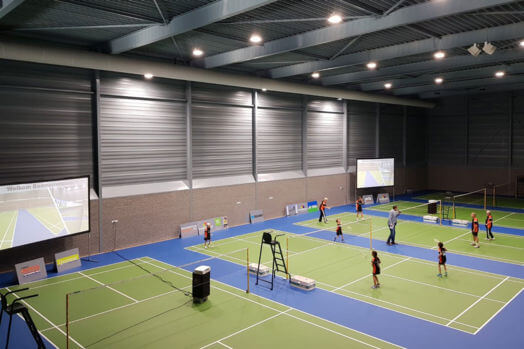