Architectural firm NOAHH from Amsterdam is going to design the new Theater aan de Parade. The sketch design by NOAHH contributes to the further development of 's-Hertogenbosch into a cultural city of the South. There are 3 multifunctional rooms in the building. Each with its own atmosphere and programming. All spaces are connected by spacious foyers. With lots of daylight and a view of the Parade. The theater will soon be an extension of the Parade.

Architect choice
The tender for the new Theater aan de Parade started in early September. The Functional Design and the financial frameworks established by the council were the starting point for this. A selection committee has chosen NOAHH from 5 different architectural firms. The college has awarded them the assignment to work out the draft design.

NOAHH sees the building as more than just a theater. It is a multifunctional, irresistible cultural hub. It is the place where you go to relax. A place where you immediately feel at home. The theater is exclusive in supply but inclusive in public due to its wide reach.

The building fits in well with the surroundings of the Parade. Many smart and sustainable solutions have been incorporated into the building. Such as the reuse of parts of the structure and materials. The rooms can be used multifunctionally. There will be extra spaces that can be used flexibly in programming. Such as a botanical foyer and a roof terrace. The basement is connected to the foyer, making this floor a real part of the building.

With the design of NOAHH, Theater aan de Parade can program more broadly and flexibly. And there is room for meeting.

The NOAHH design team has a lot of experience with similar projects. They are also the architect of TivoliVredenburg (Utrecht) and the Education and Culture Cluster in The Hague. NOAHH is no stranger in 's-Hertogenbosch. They designed the Belvédère apartment complex, the RICOH headquarters and the Belvédère II office complex in the Paleiskwartier.

The next step
This month also starts the next phase of the contracting out of a contractor. The design team will work with the contractor to further develop the design into a Final Design. This ensures that the design can also be made within the budget. The new theater is expected to open its doors at the start of the theater season 2023/2024.

Think along
Discussions are taking place with representatives of interest groups and local residents about the plans. They are represented in a sounding board group. This group also thinks about implementation when it comes to accessibility, accessibility and communication, for example. In addition, the elaboration of the design naturally takes place in close collaboration with the Theater aan de Parade.

More information
More information about the new Theater aan de Parade can be found at www.s-hertogenbosch.nl/theater. Curious about other projects from NOAHH architects? Then visit www.noahh.nl. 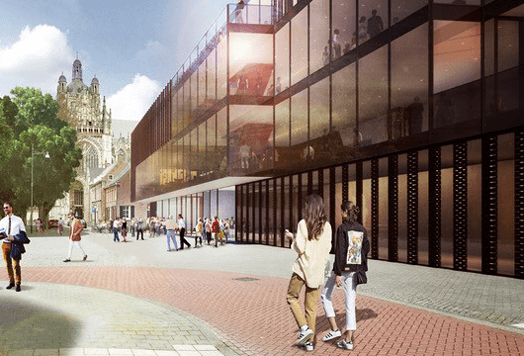 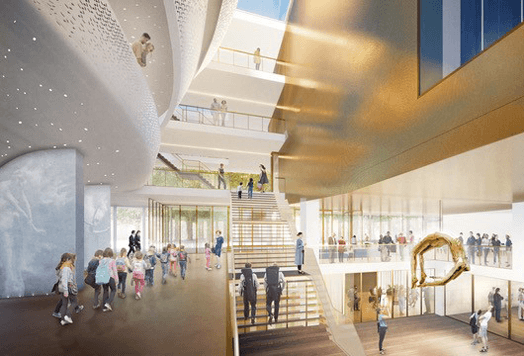