Right from the opening by King Willem Alexander in 2016, Museum Voorlinden was a success. It was pleasantly surprised by the large numbers of visitors. The building is state of the art in terms of technology and design and is praised for the special lighting effect that is achieved by the light roof. The museum has previously won the Roof Award, the Plan Award and the Glass Award. Voorlinden was also nominated for the Best Building of the Year and the Leading Culture Destinations Awards. And currently the museum has a nomination for the Herengracht Industrie Prijs.

Roeterseiland
Three of the buildings of the Roeterseiland complex of the University of Amsterdam (building A, B and C), in the city center of Amsterdam, are being rebuilt and prepared for use by new faculties. Building C, which lies over the Nieuwe Achtergracht and has support points in the middle of the canal, is largely demolished and replaced by a new building that spans the canal without intermediate support points

About RIBA
The Royal Institute of British Architects, RIBA for short, is a professional global professional association established in 1834, founded in London. The RIBA has been celebrating exceptional work for more than 180 years. Her awards are internationally recognized as a sign of excellence, recognition of the best architecture, architects, research and students. The RIBA International Prize 2018 is presented to the world's best new building.

At the end of 2018 it will be known who will be distinguished with the world's most prestigious architecture award. 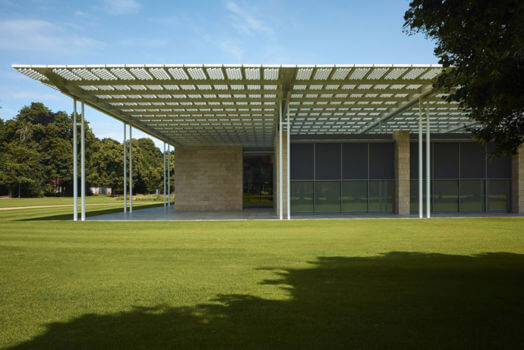