The start of building a new cinema of Euroscoop

In Amsterdam they started to build a new cinema of Euroscoop. The Euroscoop Cinema & Leisurecomplex is due to open its doors in the autumn of 2019. Pieters is again a structural engineer of this Euroscoop.

It is a cinema in Amsterdam-North at shopping mall Boven 't Y. The multiplex is within walking distance of the new metro and bus station at the new North / South line and a stone's throw from the ring road A10.

Euroscoop Amsterdam will receive twelve areas with a total of 2,500 cinema seats. There are also two restaurants and a number of other leisure activities in the complex. Euroscoop expects to welcome around 500.000 visitors a year here. 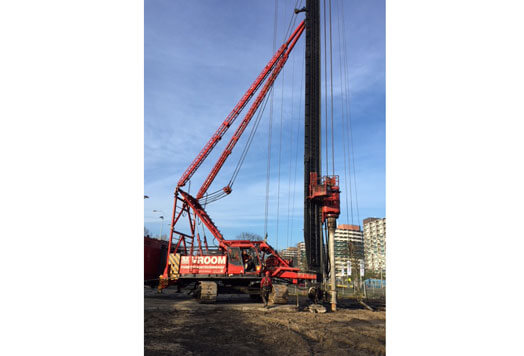