There is no quiet summer In the construction and development of the fourth All Weather Terminal. While most people are on vacation, our customer VCK in Amsterdam is still working hard. The 28th of July the overhead crane, which was placed on the 26th of April, was tested and adjusted with test weights up to 62.5 tons (= 125%). The All Weather Terminal will be in production at the end of August. 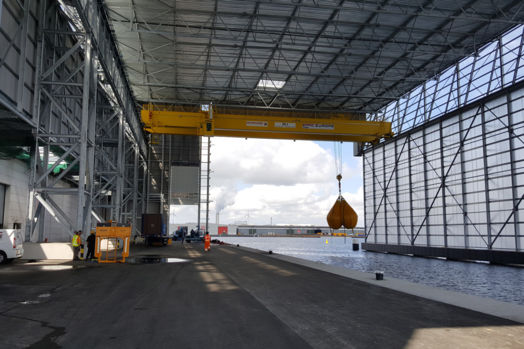