This year the new accommodation of the Rudolf Steiner School and College in Haarlem was taken into use. An existing school building in the Schalkwijk district has been renovated and transformed into a primary school, while a new building has been erected next to it for secondary education. Atelier PRO designed the whole.

The renovation and new construction were necessary because of the growing number of students. The structure of the education (the Rudolf Steiner is a free school and has a continuous learning path from four to eighteen years) also requires a linked location, so that the pupils of the two schools can easily share functions.

For the primary school it was important to use the structure of the existing building from the 1960s as optimally as possible. This was from a sustainability point of view, but also because adjustments would become difficult and expensive. From the free school philosophy there was a desire to break through the tight corridor structure and give the school a heart. That is why the entrance has been moved to the armpit of the building; space has been created for a spacious reception area, adjacent to the media library and the kitchen.

Because the new college had to be accommodated in the limited space between the existing school building and the street, a compact design in three layers was chosen. Two large spaces are located in the center of the building: the large theater hall and the gymnasium above it. The rest of the program wraps around this.

The facades of the college are made of brick in combination with preserved wood. The facades are 'hard' on the street sides and made of butt-joint masonry; wooden slats provide softening and sun protection. On the schoolyard side, the facades become more 'organic' and are made of light, vertical wooden facade parts.

The building steps down to the school yard at the front. This softens the sleek, orthogonal character and creates roof terraces. These serve as a secure extension of the schoolyard and as an outdoor teaching space - and thus connect programmatically and visually with the Waldorf philosophy. The central entrance with the canteen is located on the schoolyard. The students can go further up into the building via a grandstand staircase, through corridors that are always slightly bent.

Theater hall
The large theater hall and the gym have a wooden shell with a special shape; as a result, the orthogonal layout is softened internally and partly 'abgeecked' (bevelled). This is more than a visual intervention, reports atelier PRO. All kinds of supporting functions have been incorporated into the sloping walls. Both rooms have been designed completely soundproof, with separate floors above each other, to ensure that the functions do not interfere with each other. Theater plays an important role in Waldorf education, which is why the large hall meets very high requirements in the field of theater technology.

At the primary school, the existing wooden frames have been reused; Furthermore, the entire building has been provided with new insulation and new facade cladding: from painted concrete to warm wood. The color scheme in the interior of the primary school was developed by De Werkplaats GSB.

Wko system
The existing primary school was outdated and in poor energetic condition. As a result of the renovation, the outer shell has been upgraded to above the current new-build requirements. Both buildings are also connected to a heat and cold storage system. Solar panels have been installed, making the complex energy neutral. In addition, the schools comply with Fresh Schools class B.

Attention has also been paid to nature inclusivity: large integrated planters have been co-designed on the roof terraces. Facilities for swifts and sparrows have been included in the east facade and bee stones and slots for bats in the south facade. 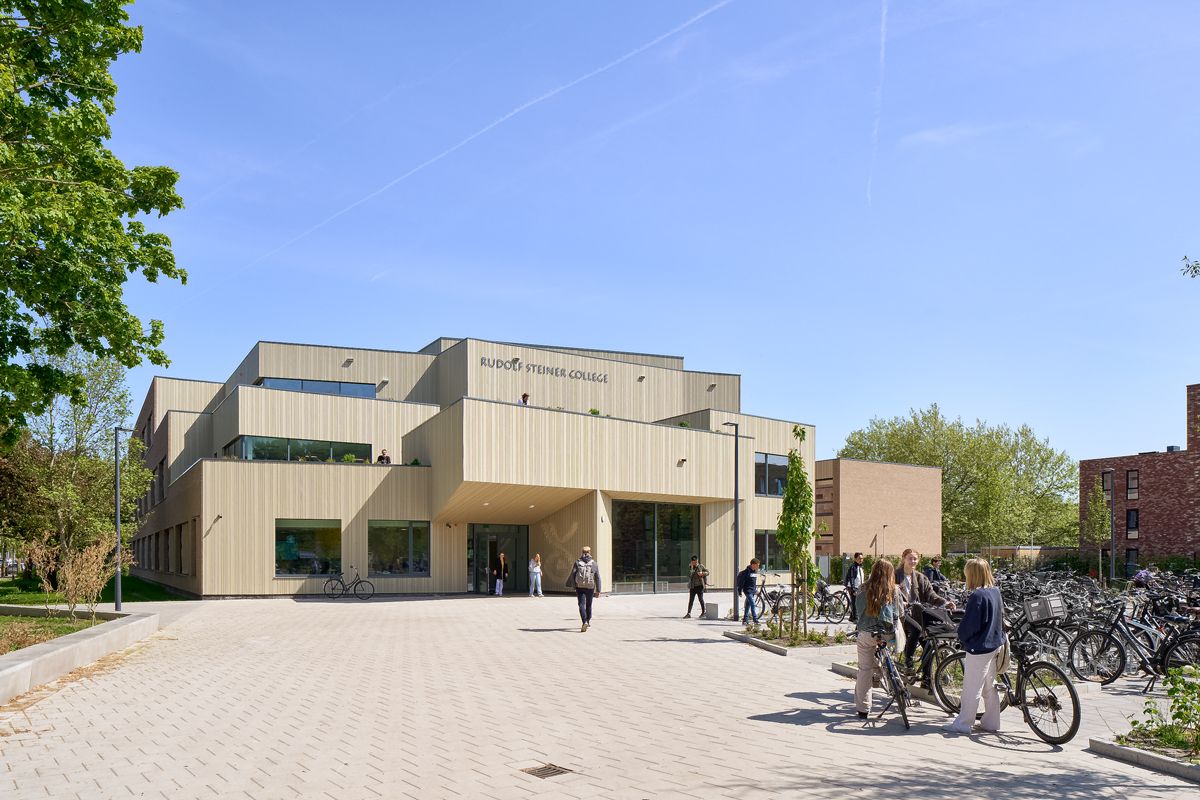 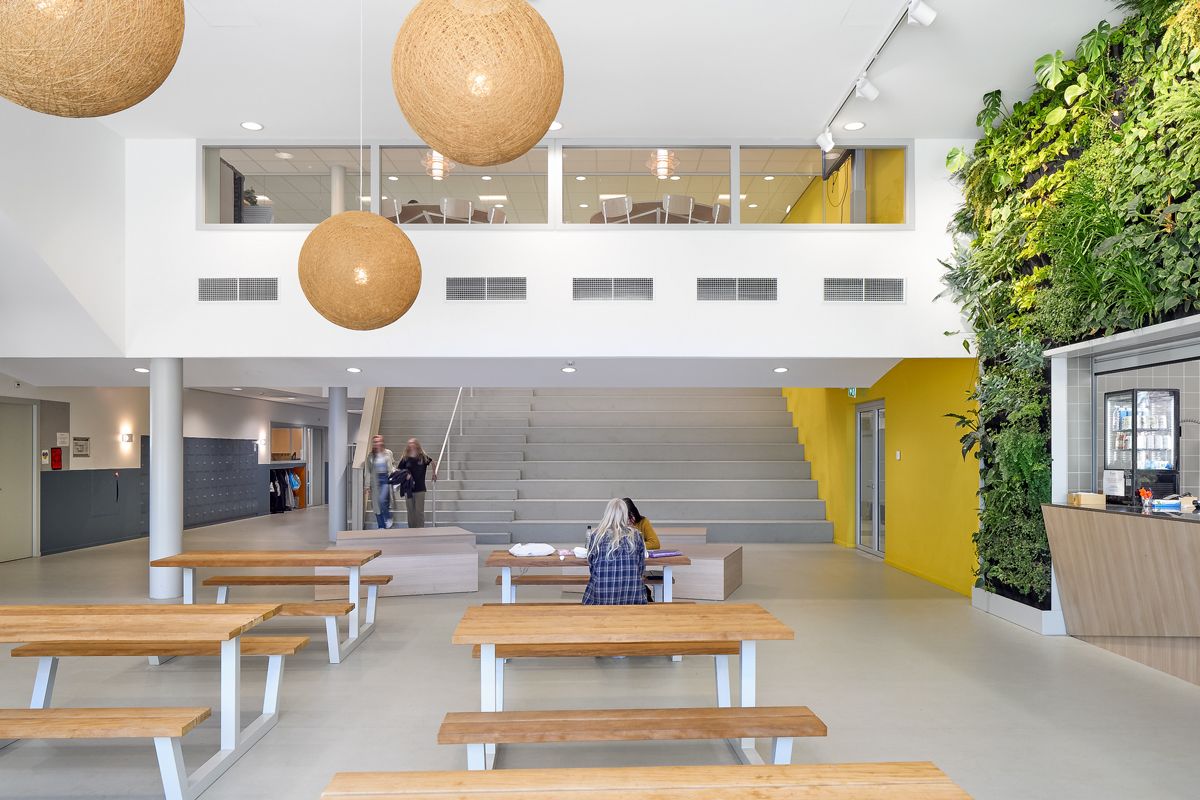