Museum Arnhem has been nominated in the Non-Residential Building category
Museum Arnhem has undergone a thorough renovation. The most striking change is the monumental dome with an open character that is the meeting place of the museum. Together with the museum shop and the museum café, this public space is also the starting point for a logical hall circuit. The garden is connected to the museum via the large outside staircase.

A new feature is that the depot for the collection of Museum Arnhem and the archeology of the municipality of Arnhem now has a place under the new overhang wing. What makes the new wing unique is that it protrudes further on both sides. As a result, the new wing is clearly visible from both Utrechtseweg and Onderlangs.

Museum Arnhem was built partly floating above a moraine - a ridge raised by an ice tongue. To realize this, a spectacular construction has been devised: an extension mechanism by means of jacks.

De Meelfabriek in Leiden has been nominated in the Housing category
The former flour factory on Oosterkerkstraat in Leiden is being redeveloped into a residential area. Old factory buildings are being converted into homes, a hotel, a spa & wellness, cafes, restaurants, galleries, shops and office spaces for creative companies, but there is also demolition and new construction taking place. Almost the entire complex is a national monument.

The 3-layer underground parking garage will be realized in a construction pit with underwater concrete, with columns center to center approximately 8 meters in both directions. A 45 meter high residential tower will be built on top of the new parking garage. What is special about the new residential tower is that the load-bearing columns in the facades are outside. The floors are placed in the facades via insulated dowels and iso baskets. The forces and stresses resulting from the thermal expansion and contraction of the facade are limited by creating sufficient deformation length.

The 3 residential silos at the Harbor Club in Amsterdam have also been nominated in the Housing category
A wine terminal was located at Cruquiusweg 1.4. Wine from all over the world was transported via ships and stored in wine silos after which it was bottled and sold. Over the years, the function of the building has changed and since 2012, The Harbor Club (THC) has moved in, a restaurant in a very beautiful location on the water.

On the roof of the complex, 3 historic steel wine silos from the former wine terminal have been returned. A owner-occupied home will be placed in each silo. They are a recognizable benchmark from far and wide. They once served as storage tanks for port for the Albert Heijn. The silos have been completely transformed: cleaned, a supporting structure has been placed in them and they are equipped with windows, floors, stairs, skylight, insulation, and a panoramic window.

The jury can award a National Steel Award from the nominated projects in each category and, moreover, a National Sustainability Award for Steel across all categories. 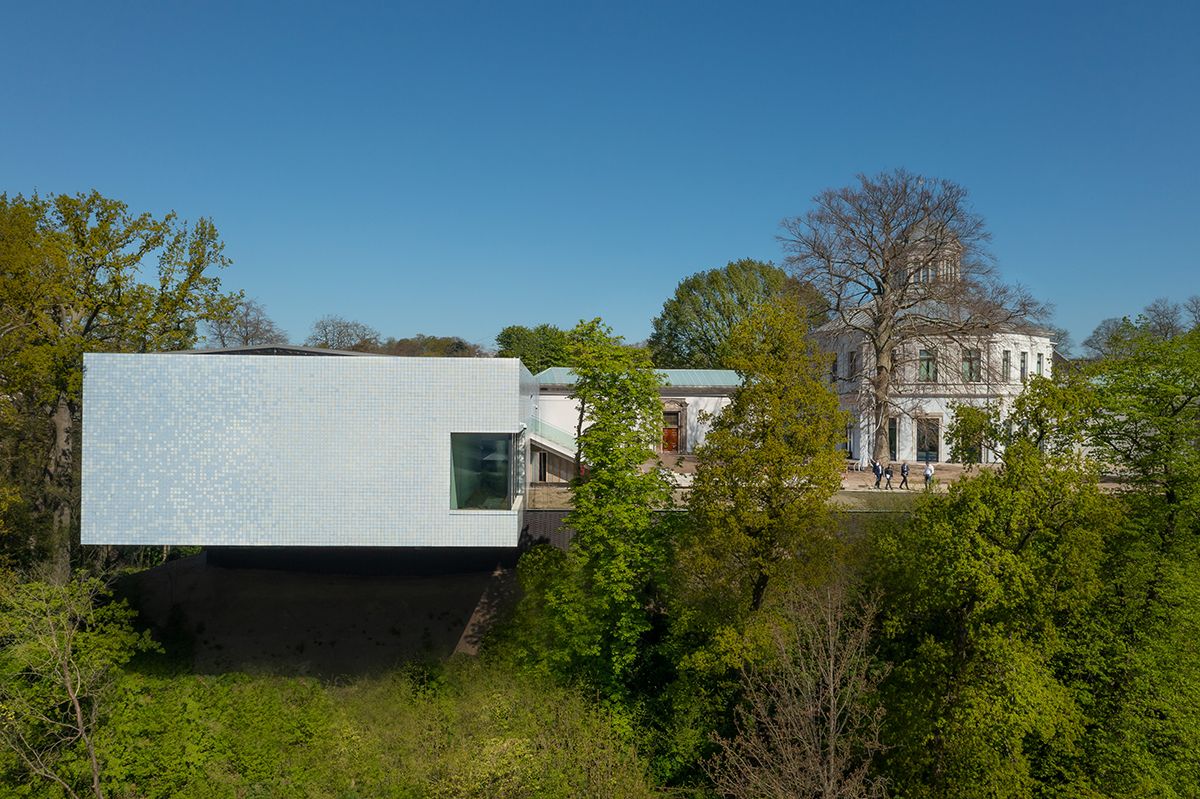 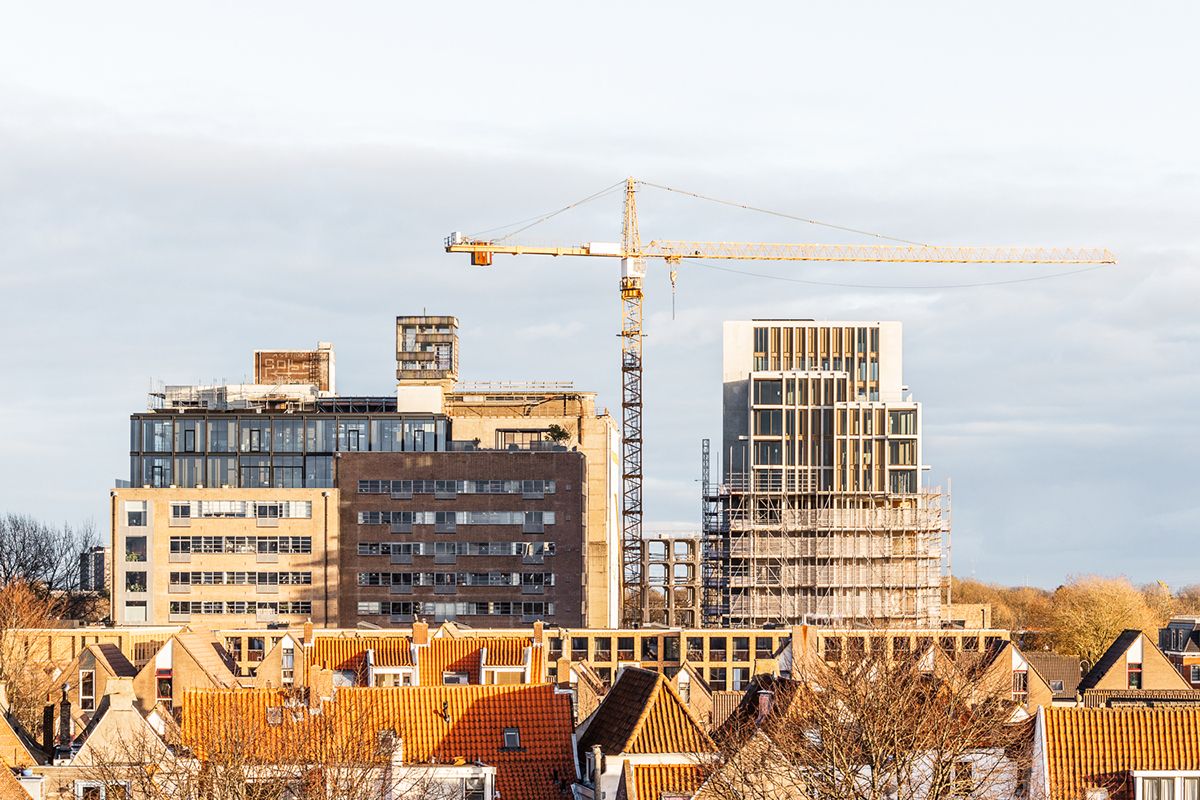 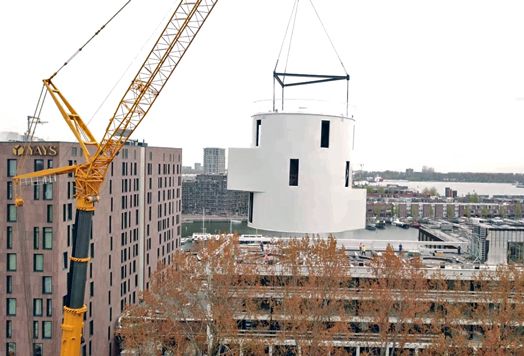 3 Silowoningen on the roof of the Harbour Club | Screenshot from the video of Bouwbedrijf M.J. de Nijs en Zonen B.V.
Print
Return to the news overview