Hard work is currently being done on the Ocean House. The building is now completely under construction and is completely covered in blue. The contours of the new homes, constructed from a light steel construction, appear on the roof. Mei architects in Rotterdam is the architect of this transformation.

The building was originally built for Stokvis & Zn., Known for the production of industrial products and mopeds (Zundapp and Puch). It was a "modern business palace", with novelties such as car passages through the building, a covered courtyard and a canteen with a roof terrace. The building was bombed during the war and then rebuilt. The firm Stokvis moved in 1973 and since then the building has been used by a multitude of institutions and companies, such as the Hogeschool, Police and the Municipality of Rotterdam.

Transformation
A total of 184 new homes are being realized, including monumental loft homes and 22 new-build apartments on top of the existing building. The majority of the apartments are on the bottom three floors of the Ocean House. The apartments vary in size between 45 m² and 150 m². Parking space for the new residents can be found in the parking garage under the building.

Amber Heij made the video of the project below for Mei architects and planners. 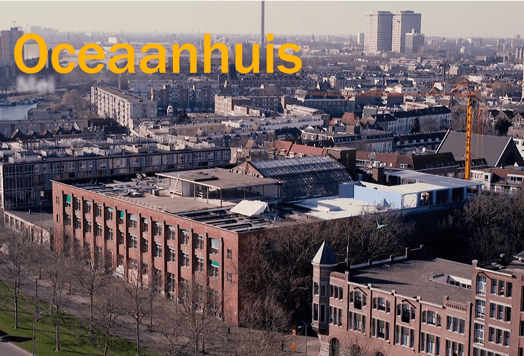